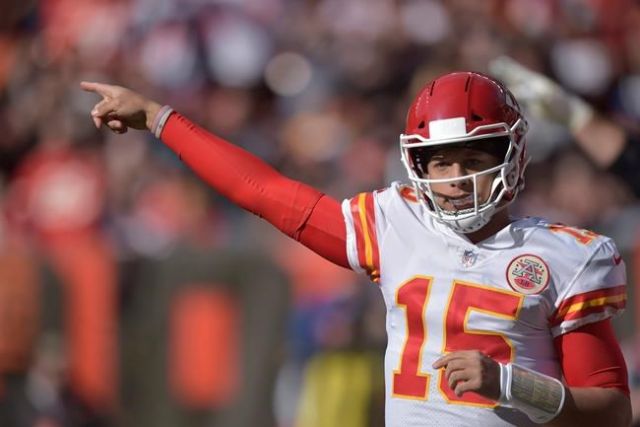 Three of the league’s television partners have shown increases after the first nine week of the season while one remains flat. That is welcome news after ratings decreased 9.7 per cent last season and 8 per cent in 2016.

“I’m glad the league has turned the corner. The top teams are very exciting and there are plenty of high-scoring games,” said Neil Pilson, the former president of CBS Sports who now runs his own sports television consulting company.

Pilson said a major ratings driver has been the emergence of young quarterbacks like the Rams’ Jared Goff, Chiefs’ Patrick Mahomes and Bears’ Mitchell Trubisky. That has created a buzz not only with their teams but throughout the league.

Another factor is that player protests against social and racial injustice during the national anthem have not been a major storyline this season. Pilson noted that “a few of those folks who said they were going to stop watching I don’t know how many did.”

NBC’s “Sunday Night Football” package has shown the biggest improvement with an eight per cent increase from last season. It is averaging 19.7 million viewers, compared to 18.3 million last season.

This past Sunday’s game between the Green Bay Packers and New England Patriots averaged a league-high 23.7 million, and was the largest prime-time audience on any network since ABC aired the Academy Awards in March. NBC has seen increases all but one week compared to last season.

“We’re looking forward to the second half of our schedule, which features many crucial divisional matchups, the Thanksgiving night game, plus the Week 17 flex game. We expect ‘Sunday Night Football’ to finish atop the prime-time rankings yet again,” NBC Sports Chairman Mark Lazarus said in a statement.

ESPN’s “Monday Night Football” is averaging 11.418 million, which is up three per cent (11.135 million). Pilson has been critical of scheduling for Thursday and Monday nights in past seasons, but he said the league has made improvements in those areas. ESPN will have one of the marquee games of the season on Nov. 19 when Kansas City faces the Los Angeles Rams in Mexico City.

“For years I thought that they were burying those two nights but they have improved dramatically,” he said.