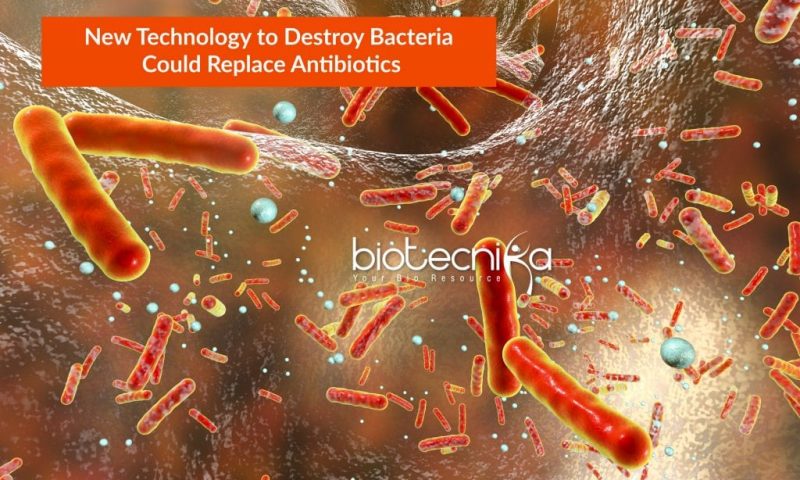 To overcome the challenge of bacteria developing antibiotic resistance, researchers have come up with new technology for destroying bacteria.

Researchers developed this new technology using nano-sized particles of magnetic liquid metal that could shred the bacteria and bacterial biofilm without harming good cells. Bacterial biofilm is a protective environment where bacteria thrive in.

The new study published by RMT University in ACS Nano is a groundbreaking innovation in fighting bacteria.

Every year, antibiotic resistance of bacteria causes at least 700,000 deaths making it the major global health threat. If not taken proper action, the death toll could go up to 10 million a year by 2050. That could make it the primary cause of death overtaking cancer.

The biggest challenge is the growth of bacterial biofilms and the spread of dangerous drug-resistant superbugs, which can no longer be treated with the available antibiotics.

Ninety years ago, antibiotics had revolutionized the health sector. But the antibiotics are losing their effectiveness due to its misuse.

Elbourne, a Postdoctoral Fellow in the Nanobiotechnology Laboratory at RMIT, said that we are approaching a future where minor injuries, bacterial infections, and routine surgeries could once again become deadly.

Reducing the use of antibiotics is not enough; there should be new ways of fighting bacterial infections.

Bacteria develop defense mechanisms against the chemicals in antibiotics over time, as they are highly adaptable. But they cannot resist a physical attack.

The new technology is able to physically destroy bacteria and smash through the biofilm using precision-engineered liquid metals.

There is no other group in the world who studies the antibacterial potential of magnetic liquid metal nanoparticles.

Their nano-sharp edges and movements break down the biofilm and physically shred the bacterial cells when the droplets are placed in contact with a bacterial biofilm.

Both Gram-negative and Gramm-positive bacterial biofilms and 99% of the bacteria were destroyed after 90 minutes of exposure to the liquid metal nanoparticles. Surprisingly, the team noticed that the metal nanoparticles are not affecting human cells.

This breakthrough technology could one day be used in many treatments for infections.

Truong, currently at North Carolina State University said that the technology could be used as a spray to coat the implants and make them powerfully antibacterial to reduce the chance of infection after procedures like hip and knee replacements

The new technology could also be used as an injectable treatment at the site of infection.

The preclinical animal trials are already underway, and the team hopes to move to clinical trials in the coming years.

The team led by Truong, Dr. James Chapman, and Elbourne is planning to explore the potential of the new technology in treating fungal infections, breaking cholesterol plaques, and cancer treatment.