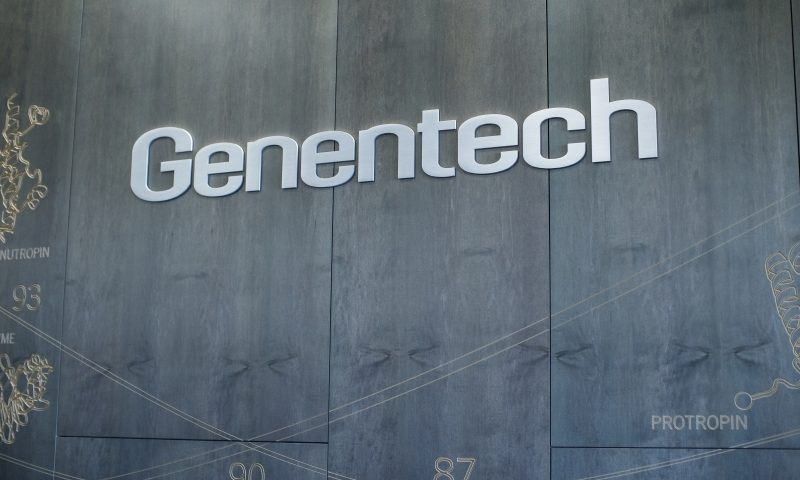 SOUTH SAN FRANCISCO, Calif.– Genentech, a member of the Roche Group (SIX: RO, ROG; OTCQX: RHHBY), will present new pooled pivotal satralizumab safety results for the treatment of neuromyelitis optica spectrum disorder (NMOSD), a rare, debilitating central nervous system disorder. These data are being presented at the 6th Annual Meeting of the European Academy of Neurology (EAN) and show satralizumab was well-tolerated in a broad patient population – including adolescents, for whom there is no approved medicine.

Satralizumab is an investigational humanized monoclonal antibody that targets the interleukin-6 (IL-6) receptor, believed to play a key role in the inflammation that occurs in people with NMOSD. Satralizumab was designed using novel antibody recycling technology, allowing for longer duration of antibody circulation and subcutaneous dosing every four weeks.

“The open-label extension data from the Phase III studies reinforce the safety, observed tolerability and potential of satralizumab as a future treatment option for this chronic condition,” said Professor Jerome de Seze, Department Head of Neurology and Clinical Investigation Centre at the University of Strasbourg, France. “Although significant strides have been made recently in understanding NMOSD, more approved treatment options offering a well-tolerated safety profile with a less frequent, subcutaneous dosing are needed for this underserved population.”

Pooled data from the double-blind periods of the SAkuraStar and SAkuraSky Phase III studies showed that the rates of adverse events (AE) and serious adverse events (SAEs) were comparable between satralizumab and placebo groups (SAEs: 15.0 vs 18.0 events/100 patient years [PY], respectively), as a monotherapy or in combination with baseline therapy. The most common AEs in both treatment groups were urinary tract infection and upper respiratory tract infection. No deaths or anaphylactic reactions were reported.

The safety profile of satralizumab in the open-label extension (OLE) was consistent with the double-blind period with respect to the nature and rate of AEs. There were no meaningful changes in incidence, rate, or type of infections.

In a separate analysis from the SAkuraSky study, adolescents treated with satralizumab (n=8) with the same dosing and frequency demonstrated a benefit-risk profile generally consistent with the adult population. Data from the adolescent group found the range of model-predicted exposures was similar to those in adults when treated with the same adult dosing regimen, receiving placebo or satralizumab 120 mg in combination with baseline therapy at weeks 0, 2 and 4, and every four weeks thereafter.

“It is highly encouraging to see the positive results from the satralizumab trial in young people with NMOSD. There is no approved treatment option for this condition, and youngsters live day-to-day with the possibility of unpredictable, severe relapses that can cause life-long disability,” said Cheryl Hemingway, M.D., Ph.D., Great Ormond Street Children’s Hospital, London, UK. “The satralizumab studies represented a broad population, including adolescents, and we are hopeful for what this medicine could bring to young people living with this rare condition.”

Finally, in a third presentation based on pharmacokinetic and pharmacodynamics analyses from Phase I and the two pivotal Phase III studies, the dosing regimen of satralizumab, 120 mg every four weeks, showed significant sustained IL-6 signaling inhibition. In the NMOSD population, the pharmacokinetics (PK) of satralizumab indicated that the 120 mg dose allowed for more than 95% binding to the IL-6 receptor throughout the full four-week dosage period.

SAkuraStar is a Phase III multicenter, randomized, double-blind, placebo-controlled study to evaluate the efficacy and safety of satralizumab monotherapy administered to patients with NMOSD.The primary endpoint is the time to first protocol-defined relapse (PDR), adjudicated by an independent review committee in the double-blind period. Results from the SAkuraStar study were presented at the 35th Congress of the European Committee for Treatment and Research in Multiple Sclerosis (ECTRIMS), September 11-13, 2019, and were published in The Lancet Neurology in April 2020.

Ninety-five patients aged from 20-70 years were randomized to either of the following two treatment groups in a 2:1 ratio: satralizumab (120 mg) or placebo. Both treatments were administered subcutaneously at week 0, 2, and 4. The subsequent treatment was continued at 4-week intervals. The double-blind treatment period ended at 1.5 years after the enrollment of the last patient. After experiencing a PDR or upon completion of the study, patients in both groups were offered treatment with satralizumab in an OLE period. Patients with aquaporin-4 (AQP4)-IgG seropositive or seronegative neuromyelitis optica (NMO, as defined by the diagnostic criteria in 2006) and those with AQP4-IgG seropositive NMOSD were enrolled.

SAkuraSky is a Phase III multicenter, randomized, double-blind, placebo-controlled study to evaluate the efficacy and safety of satralizumab added to baseline immunosuppressive therapy in patients with NMOSD. The primary endpoint was the time to first relapse as adjudicated by an independent review committee in the double-blind period. Results from the SAkuraSky study were published in the November 28, 2019 edition of The New England Journal of Medicine(NEJM).

Eighty-three male and female patients aged from 13 to 73 years were randomized to either of the following two treatment groups in a 1:1 ratio: satralizumab (120 mg) or placebo added to baseline therapy (azathioprine, mycophenolate mofetil and/or corticosteroids). Both treatments were administered subcutaneously at week 0, 2, and 4. The subsequent treatment was continued at 4-week intervals. The double-blind treatment ended when patients experienced a PDR; the study ended when the total number of PDRs reached 26. After experiencing a PDR or upon completion of the study, patients in both groups were offered treatment with satralizumab in an OLE period. Patients with AQP4-IgG seropositive or seronegative NMO (as defined by diagnostic criteria in 2006) and those with AQP4-IgG seropositive NMOSD were enrolled.

NMOSD is a rare, lifelong and debilitating autoimmune disease of the central nervous system that primarily damages the optic nerve(s) and spinal cord, causing blindness, muscle weakness and paralysis. People with NMOSD experience unpredictable, severe relapses directly causing cumulative, permanent, neurological damage and disability. In some cases, relapse can result in death. NMOSD affects over 10,000 people in Europe, 15,000 people in the United States and up to hundreds of thousands of people worldwide. The disease is most common among non-Caucasian women in their 30s and 40s.

NMOSD is commonly associated with pathogenic antibodies (AQP4-IgG) that target and damage a specific cell type, called astrocytes, resulting in inflammatory lesions of the optic nerve(s), spinal cord and brain. AQP4-IgG antibodies are detectable in the blood serum of around two-thirds of NMOSD patients.

Although most cases of NMOSD can be confirmed through a diagnostic test, people living with the condition are still frequently misdiagnosed with multiple sclerosis. This is due to overlapping characteristics of the two disorders, including a higher prevalence in women, similar symptoms and the fact that both are relapse-based conditions.

Satralizumab is an investigational humanized monoclonal antibody that targets the interleukin-6 (IL-6) receptor. The cytokine IL-6 is thought to be a key driver of NMOSD, triggering the inflammation cascade and leading to damage and disability. Positive Phase III results for satralizumab, as both monotherapy and in combination with baseline immunosuppressant therapy, suggest that IL-6 inhibition may be an effective therapeutic approach for NMOSD. The Phase III clinical development program for satralizumab includes two studies: SAkuraStar and SAkuraSky.

About Genentech in neuroscience

Neuroscience is a major focus of research and development at Genentech and Roche. Our goal is to pursue groundbreaking science to develop new treatments that help improve the lives of people with chronic and potentially devastating diseases. Genentech and Roche are investigating more than a dozen medicines for neurological disorders, including multiple sclerosis, stroke, spinal muscular atrophy, neuromyelitis optica spectrum disorder, Huntington’s disease, Parkinson’s disease, autism spectrum disorder and Alzheimer’s disease. Together with our partners, we are committed to pushing the boundaries of scientific understanding to solve some of the most difficult challenges in neuroscience today.

Founded more than 40 years ago, Genentech is a leading biotechnology company that discovers, develops, manufactures and commercializes medicines to treat patients with serious and life-threatening medical conditions. The company, a member of the Roche Group, has headquarters in South San Francisco, California. For additional information about the company, please visit http://www.gene.com.