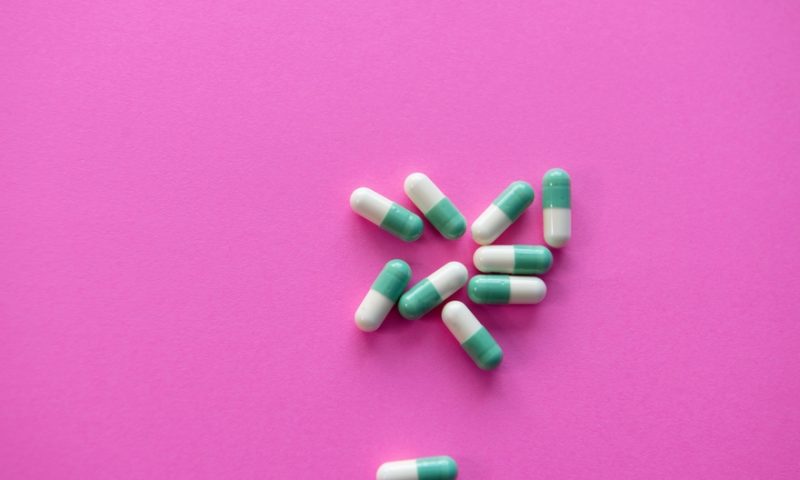 By the FDA’s count, it approved 53 new molecular entities, up from 48 the year before and 59 in 2018. As has become custom, our count is different. We included Tecartus, Gilead Sciences’ CAR-T therapy for mantle cell lymphoma, and Palforzia, Aimmune’s peanut allergy treatment, which is made of peanut allergen powder. We omitted a handful of drugs, mostly imaging agents for the detection of cancer, as well as Pizensy, a sugar alcohol for the treatment of constipation.

Gilead and Roche led the pack with three approvals apiece. In addition to Tecartus, Gilead saw Veklury, its COVID-19 antiviral, across the finish line, as well as Trodelvy, a treatment for triple-negative breast cancer picked up in its $21 billion Immunomedics buyout. As for Roche, its approvals spanned multiple disease areas, too: Evrysdi for spinal muscular atrophy, Enspryng for neuromyelitis optica spectrum disorder (NMOSD) and Blueprint Medicines-partnered Gavreto for RET-mutated non-small cell lung cancer.

For the most part, other companies big and small scored one approval each, with a few companies bagging two. Along with Gavreto, Blueprint got a nod for Ayvakit in gastrointestinal stromal tumors, a rare cancer that occurs in the stomach or small intestine. Acacia Pharma snagged approvals for Byfavo, a sedative, and Barhemsys, a treatment for postoperative vomiting and nausea. And Incyte scored a pair of cancer nods: bile cancer med Pemazyre and Morphosys-partnered lymphoma drug Monjuvi.

Bristol Myers Squibb has well and truly bounced back. It was the only top 15 pharma company to go without a new drug approval in 2017 and 2018, but its $74 billion Celgene buyout has started to deliver. Its sole approval in 2020—multiple sclerosis med Zeposia—came from that acquisition, as did its two approvals in 2019. Eli Lilly’s $8 billion takeover of Loxo Oncology also bore fruit with the approval of Retevmo, the first targeted therapy for RET-driven cancers.

Among the top 15 pharma companies, the have-nots have multiplied since BMS’ drought. In 2020, five of them—AbbVie, Amgen, Johnson & Johnson, Pfizer and Takeda—went without, up from three in 2019. All five are working on treatments or vaccines for COVID-19, and Pfizer’s vaccine, developed with BioNTech, snagged emergency approval in December.

As usual, cancer drugs came out on top with 18 approvals, the bulk of which were in solid tumors. The FDA approved three new drugs for non-small cell lung cancer, including Lilly’s Retevmo and Blueprint’s Gavreto, and three new breast cancer meds, including Seagen’s Tukysa and MacroGenics’ Margenza, both for HER2-positive breast cancer.

Biohaven and Lundbeck added two new migraine drugs, Nurtec ODT and Vypeti, to a crowded field of CGRP inhibitors that saw its first three approvals in 2018. Viela Bio’s Uplizna and Roche’s Enspryng became the first treatments for patients with NMOSD, a disease in which the immune system attacks the optic nerves, spinal cord and brain. Previously, patients had to rely on steroids and immunosuppressants prescribed off-label to prevent these attacks.

Finally, would this list be complete without a controversial Duchenne muscular dystrophy (DMD) approval? In August, the FDA approved NS Pharma’s Viltepso for DMD patients whose diseases is amenable to exon 53 skipping—the same population as Sarepta’s Vyondys 53, approved in 2019. The agency OK’d both meds, along with Sarepta’s Exondys 51, based on a surrogate endpoint—patients’ levels of a protein called dystrophin—rather than on evidence that the drugs could improve symptoms or fend off disease progression.

“The US regulator has long been a significant tailwind for the biopharma sector. An increasingly cooperative stance with industry, and a willingness to wave through urgently needed new medicines on the back of very early signals of effectiveness, have played a big role in persuading investors to back biopharma,” wrote Evaluate Vantage in its 2021 Preview. “That view could be tested in 2021.”

“(The) ongoing pandemic is making it hard for FDA staff to carry out on-site inspections, a situation that could take some time to improve,” Vantage wrote. Bristol Myers’ CAR-T therapy, lisocabtagene maraleucel, or liso-cel, fell victim to this issue in November, when the FDA postponed its target action date because travel restrictions prevented the agency’s staff from inspecting a manufacturing site.

Site inspections aside, how the FDA handles COVID-19 and non-COVID-19 approvals could “shape opinions” of the drug review process. One major barometer will be the fate of aducanumab, Biogen’s once-failed Alzheimer’s program. The agency is expected to make a decision by March 7.

“The outcome will be controversial whichever way it falls and could be read as setting the regulatory tone for the coming months,” Vantage wrote.

Of course, all of this will be happening under a new FDA chief. President-elect Joe Biden hasn’t cemented his pick yet, but whoever winds up in the commissioner seat could take the agency in a different direction.