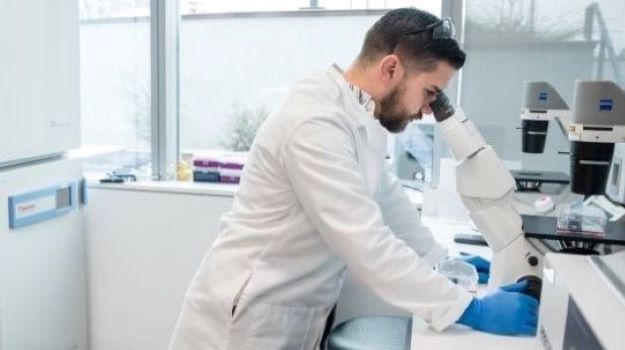 There have been many new therapeutics and prophylactics developed over the chaotic 2020 campaign to defeat COVID-19, and many of them will outlast the pandemic and be applied to a range of other illnesses. Others are being developed in light of the fact that the world, and other diseases, have continued on in spite of it.

From synthetic polymer-based anti-infectives to antiviral conjugates and DNA vaccines, the past year has given new and emerging drug classes an opportunity to shine.

Are AVCs the Future of Virus Prevention and Treatment?

At that time, we learned about CD377, an antiviral conjugate (AVC) with the potential to provide near-immediate efficacy and universal long-term protection against all influenza strains. Since then, another small molecule, CD388, has been added to the Cidara family.

CD388, which provides protection up to 6 months of protection, as opposed to the 4 months offered by its predecessor, is neither a vaccine, nor a monoclonal antibody, and has the capacity to serve as a fast-acting influenza therapeutic accessible to the general public. Alongside CD388 and CD377, Cidara is developing similar compounds targeting HIV and RSV (Human Respiratory Syncytial Virus), and coronaviruses.

“Even if you have SARS-CoV-2 in the early stages, [AVCs] can work like a monoclonal antibody. However, unlike monoclonal antibodies, you don’t have to administer 8 grams. These are so potent, it’s just a very small administration,” explained Stein. “So, for example, the Regeneron monoclonal that President Trump got, that 8-gram dose, that is not commercially viable. Whereas in the case of our AVCs, they’re so exquisitely potent and long-lived, that they can work as a fast-acting therapeutic, as well as a long-acting preventative.”

The technology behind these AVCs, inspired by oncology bispecific immunotherapy, could be significant in preventing future “twindemics” like the one we’re currently facing with COVID-19 and the flu. This is particularly true as new strains of the SARS-CoV-2 virus emerge, such as the one that began in the U.K. and has since migrated to America.

“They [AVCs] are designed to hit all the strains of coronavirus, including the strain that causes COVID-19, SARS-CoV-2. So, imagine if those attributes carry over to that program where a single injection once every 4-6 months provides not only protection like a vaccine, but importantly, protection in the vulnerable population who have a debilitated immune system, those people that typically don’t respond well to vaccines. In the US, that represents about 100 million people,” said Stein.

He added that the improvements his team has made to the original have considerable potential for other indications – including future coronaviruses:

“Importantly, the improvements that we made to extend that half-life, it appears they also apply to the other platform molecules that we’re developing outside of influenza. So, the same prolonged half-life appears to work in our HIV molecules, in our RSV molecules, and importantly in our coronavirus program.”

“Going into the new year, I hope we have an opportunity to announce an important partnership on our AVC platform. We’re in multiple discussions, I think, that will provide great validation for the program, maybe on more than one of the platform programs: influenza, RSV, HIV, coronavirus, for example,” he said. “You always try to time those things to coincide with JP Morgan…all I should say is that we’re hopeful that next year will be an important year for the AVC program.”

The DNA Vaccine Comes to COVID-19

This next one is 100 percent a prophylactic but in the lesser-known category of the DNA vaccine. Like Cidara, OncoSec Medical Inc. is developing immunotherapy cancer treatments using its plasmid DNA delivery platform. Now, the company is leveraging the power of oncology R&D to develop a first-in-class DNA vaccine for COVID-19.

Distinct from vaccines that use recombinant bacteria or viruses, genetic vaccines are made up entirely of DNA (as plasmids or RNA (as mRNA), which is then taken up by the cells and converted into protein.

OncoSec’s vaccine, CORVax12, being developed in partnership with Providence Cancer Center in Portland, uses a DNA-encodable stabilized trimeric SARS-CoV-2 spike glycoprotein developed in the National Institute of Allergy and Infectious Diseases (NIAID) laboratories similar to the one used in the newly approved Moderna vaccine. It is being created with a proprietary mixture consisting of Interleukin 12s (IL-12’s).

The NIH provided the DNA portion of the glycoprotein (spike protein) in a non-exclusive license to OncoSec in order for the company to further explore the potential when it is combined with  IL12.

The FDA approved the Investigational New Drug (IND) application for CORVax12 on October 29th.  According to O’Connor, Providence will begin a Phase I, open-label study evaluating the vaccine’s safety and immunogenicity “very soon”.

Alongside this clinical research, Providence will be running an immune monitoring program.

“Our hope is that the immune monitoring program starts to better inform the role of IL12 alongside a traditional vaccination approach,” said O’Connor.

With companies like Cidara and OncoSec working to develop injectable vaccines and therapeutics for viral infections, someone needs to tackle the global crisis caused by bacterial infections. Enter Recce Pharmaceuticals Ltd, a biotech from down-under aiming to drive superbugs back under with synthetic polymer-based anti-infectives.

Recce is a world leader in the new drug class and is commercializing a novel synthetic broad-spectrum antibiotic designed to overcome antimicrobial resistance. The company’s two primary drug candidates are RECCE® 327 against bacterial infections and RECCE® 529, a new synthetic polymer formulation for viral ones such as COVID-19.

RECCE® 327 has shown substantial efficacy against a broad range of bacterias.

“When we look to antibiotics, all of them to date have been predominantly from natural sources. You’re only as good as what’s found in nature. You’re as good as what’s given. You get some good things, you get some bad things, and there’s often bad toxicity, or singular mechanisms of action or long cultivation of action, or long cultivation processes, low-yield. We eliminate that,” said Recce Managing Director and Chief Executive Officer, James Graham. “With our technology, we have achieved fantastic capability against the full escaped pathogen suite of bacteria. There’s never been a bacteria we haven’t been able to kill. But most importantly and fundamentally different, keep on killing with repeated use. That’s something that the world needs, and that’s exactly what our drug’s about.”

Throughout his career, Recce Founder and biotech veteran, Dr. Graham Melrose, has gone all-in on combating Antibiotic-resistant bacteria. Graham, his grandson, explained the method and rationale behind Melrose’s scientific thinking:

“The company is founded upon a unique anti-infective technology, that is a synthetic polymer technology that’s soluble across all PHs of the blood. He [Melrose] went, “I want these exact monomers which are the singular particles that come together to create the polymer with desired characteristics. Really, those desired characteristics are attraction and bonding to the proteins of bacteria into reaction with the cellular structures of those bacteria, regardless of….biofilms, and into reaction no matter of mutated space,” said Graham. “The world of singular mechanisms of action is long behind us. These cells are mutating so quickly and we may need new drugs to combat that.”

With the decline in antibiotic research due to their poor market routines, the initiative, Combating Antibiotic-Resistant Bacteria Biopharmaceutical Accelerator (CARB-X), spearheaded by Boston University and funded by, among others, the US Department of Health and Human Services Biomedical Advanced Research and Development Authority (BARDA), is accelerating R&D in the field, citing the mounting global threat of drug resistant bacteria.

According to the World Health Organization (WHO), 700 thousand people die each year from bacterial infections, with more than 35,000 perishing in the U.S. from antibiotic-resistant infections per the Centers for Disease Control (CDC).

“The world urgently needs new antibiotics, vaccines, diagnostics and other products to help fight the rise of drug resistant bacteria. If we fail to solve this problem, many advances of modern medicine that depend on fighting infection with antibiotics – routine surgery, cancer therapy, treatment of chronic diseases – may be jeopardized,” states CARB-X, whose participants include the Bill & Melinda Gates Foundation.

“On the coronavirus side, the world is naturally very concerned about the virus itself,” said Graham. “There are also people dying not from the virus, but from the terrible bacterial infections, whether it be pneumonia or other that follows becoming septic. So that whole infectious disease profile that we happen to find ourselves in, is one that we’re rapidly pursuing at this moment.”