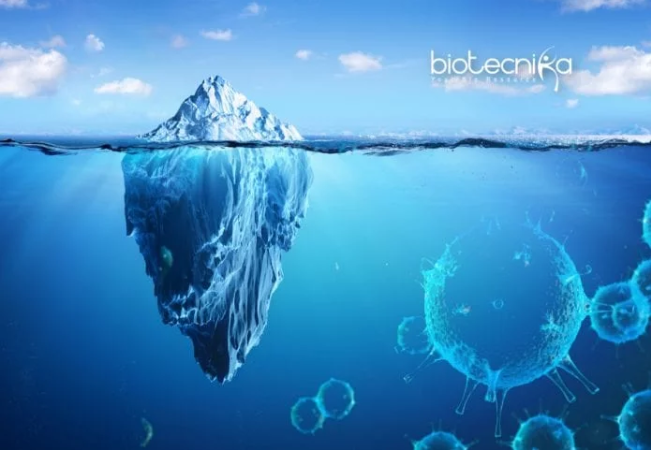 Frozen Viruses Inside Glacier Found in Tibetan Plateau of China

Scientists found that a glacier on the northwestern Tibetan Plateau of China had been housing a group of frozen viruses for the past 15,000 years of which most of them are new to modern science.

Studying the mysterious viruses helped scientists to understand which viruses flourished in different environments and climates over time. They published their new findings in bioRxiv database on Jan. 7.

In the paper, which has not yet been peer-reviewed, they mentioned the worst-case scenario when the ice could melt and release those frozen viruses to the environment. It would be best to study and understand as much as we could about those viruses before it happens.

It’s challenging to study ancient glacial microbes as there is a high possibility of contaminating the ice core samples with the modern-day bacteria while handling. To avoid this, they developed a new protocol for viral and ultraclean microbial sampling.

They collected two ice core samples in 1992 and 2015 from the Guliya ice cap on the Tibetan Platea. No precautions were taken to avoid contamination during the collection process and transport. Hence they were contaminated on its exterior. But the inside was still pristine.

After shaving off 1.5 cm of ice, the scientists obtained an uncontaminated layer for study. This method was successful even when the researchers covered the outer layer with other viruses and bacteria.

Among the 33 groups of frozen viruses they revealed in the ice cores, 28 groups were previously unknown. The microbes inside the two cores were remarkably different, suggesting very different climatic conditions at the time of deposition.

Chantal Abergel, a researcher in environmental virology at the French National Centre for Scientific Research, who wasn’t involved with the study said, “We are very far from sampling the entire diversity of viruses on Earth,”

These viral archives could be lost as the increasing climate change melts glaciers across the world. This research is a stepping stone towards understanding viral genomes and their ecology from glacier ice. The frozen viruses inside the glacier are more interesting from a historical perspective.