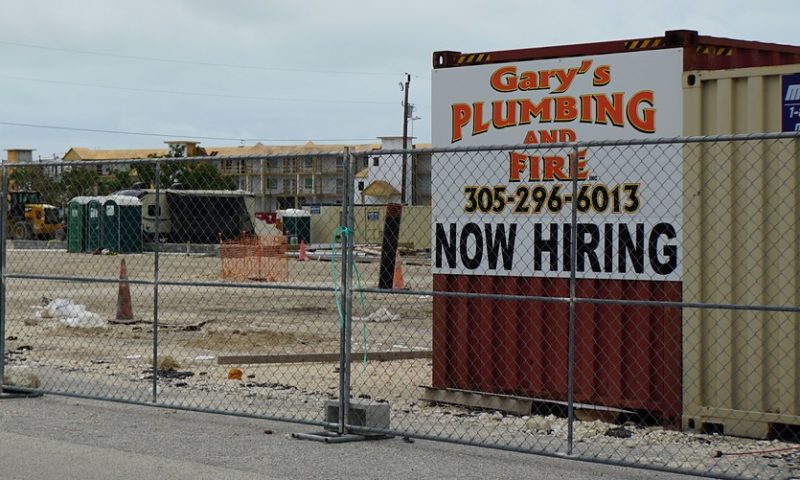 The Nasdaq on Friday closed at a record, and the S&P 500 narrowly missed its own, as investors bought stocks following an April employment report that came in hotter than expected, underscoring consistent labor-market strength.

All 11 S&P 500 sectors finished in positive territory for the day.

For the week, the Nasdaq erased a weekly decline to end with a five-day climb of 0.2%, extending the index’s streak to a sixth straight week, while the S&P 500 index booked a 0.2% weekly gain. The Dow, however, registered a 0.1% decline.

The April jobs report underscored a healthy labor market that produced a stronger-than-expected 263,000 new jobs in April, helping to drive down the unemployment rate to a 49-year low of 3.6%, topping economists’ estimates polled by MarketWatch for monthly job gains of 217,000.

The labor market data appeared to help stock-market bulls momentarily shake off a two-day skid for the S&P 500 and Dow, widely blamed on disappointment with remarks by Federal Reserve Chairman Jerome Powell on Wednesday. Powell offered no indication the central bank was eager to move rates either direction, appearing to disappoint investors who had hoped the central bank would indicate it was tilting toward a rate cut.

A heavy week of earnings results is set to draw to a close.

Shares of Newell Brands NWL, +13.52% may be in focus after topping Wall Street expectations for earnings and sales. The company’s stock surged more than 13.5%.

Shares of Beyond Meat Inc. BYND, +1.58% the alternative meat company, extended its gains after its initial public offering on Thursday. Shares were ended up 1.6% on Friday.

“This is another loud and clear signal that the economy is in really good shape. Jobs—check, wages—check, earnings—check, and tame inflation—check,” wrote Mike Loewengart, v.p. investment strategy at E-Trade Financial Corp., in a Friday note after the jobs report.

“We’re getting to a point where it’s hard to find something to be concerned about. But that’s not an excuse for complacency. As we enter the back nine of earnings season, traders will likely turn their attention to potential trade resolutions coming out of Washington next week. And despite the murmuring of positivity on that front, there are more than a few questions marks in the air,” he said.

What else was on the economic calendar?

A reading of advance trade deficit in goods rose 0.7% to $71.4 billion, according to the government report. Economists polled by MarketWatch expected a $72 billion trade gap.

The Institute for Supply Management nonmanufacturing index, or services, came in at 55.5, representing the lowest read since August 2017. Economists polled by MarketWatch had expected a reading of 56.1. A reading of 50 or better indicates improving conditions.

Meanwhile, Fed Vice Chairman Richard Clarida said the U.S. economy “is in a very good place” with low unemployment and “muted” inflation, in a speech to a conference sponsored by the Hoover Institution at Stanford University.

Chicago Fed President Charles Evans in a speech in Stockholm, said the recent fall in core inflation may be due to transitory factors, echoing comments that Fed boss Jerome Powell made on Wednesday. Still, “we don’t want to be too dismissive of this development,” he added. “We cannot declare victory yet on our inflation mandate,” he said.

China’s markets were closed for a holiday, and Japan’s Nikkei remained closed for a 10-day holiday commemorating the installation of a new emperor earlier this week. Hong Kong’s Hang Seng Index HSI, +0.46% advanced on the day.