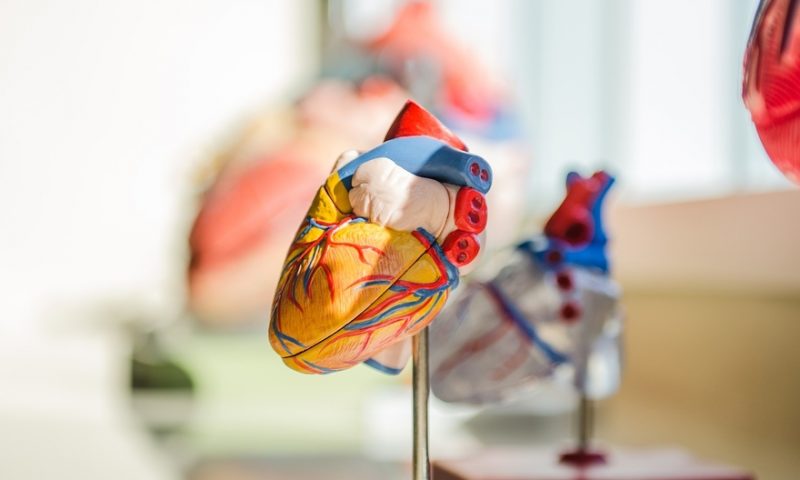 By applying a precision medicine-based approach to cardiovascular R&D, MyoKardia has been looking to bring the targeted advancements seen in cancer research to the traditionally slow and expensive enterprise.

Now, the former Fierce 15 winner has delivered new cardiac biomarker data showing its late-phase mavacamten compound can help improve signs of heart stress and injury in hypertrophic cardiomyopathy. Known as HCM, the inherited disorder causes the muscle walls of the heart to thicken, potentially to the point where they can obstruct blood flow.

Mavacamten, a myosin inhibitor, works to reduce the excess number of cellular motors that engage with every heartbeat. By cutting back the strength of each ventricular contraction, the pulse rate can remain the same while the heart has an easier time pumping and refilling with blood.

The small-molecule compound is being studied as a true disease-modifying drug, compared to past HCM therapies that have been aimed at alleviating symptoms such as beta blockers and diuretics.

In an interview with FierceBiotech, MyoKardia President and CEO Tassos Gianakakos said the phase 2 study—the first randomized trial in the nonobstructive form of HCM—could help pinpoint courses of treatment in a varying patient population and will help the company design new, larger-scale trials in HCM as well as in heart failure with preserved ejection fraction, or HFpEF.

“We learned in this program that, even though you have patients that have a definitive diagnosis of non-obstructive HCM and are symptomatic, they’re presenting slightly differently,” Gianakakos said. “We also learned what kinds of markers to look at, both in imaging and circulating biomarkers, that help us really get a handle on the severity of the disease and maybe even the etiology of the disease.”

“So I suspect there’s going to be a whole group of researchers inspired by this to start thinking about biomarkers like NT-proBNP and troponin,” he added, describing two proteins released by cardiac tissue when damaged and used as signs of heart failure.

In the study, presented at the virtual meeting of the American College of Cardiology and the World Congress of Cardiology, mavacamten demonstrated dose-dependent reductions in both NT-proBNP, or N-terminal pro-brain natriuretic peptide, and cardiac troponin I, and exploratory analyses suggested patients with more severe disease could benefit more from the therapy.

MyoKardia first plans to move mavacamten toward a marketing approval in obstructive HCM, where it’s currently being studied in a phase 3 placebo-controlled trial of over 200 participants that’s expected to report data this year.

Then, the company plans to follow up with a supplementary FDA submission in the nonobstructive population while working in parallel with a targeted HFpEF segment, beginning with a phase 2 study, Gianakakos said.

“I think part of it is that people have been nervous to really wade into the cardiovascular space, for fear that the FDA is going to require huge studies and that it’s going to take forever,” he said. “We’re hopeful that people will see there’s a successful precision approach here, and that we’ll start to get more attention and interest in the research which will ultimately be beneficial for patients.”

“In some ways, the field of cardiovascular medicine is where oncology was 20 years ago with chemotherapy, radiation and resection,” Gianakakos added. “We want to accelerate and get us to where we are today with lung cancer—with two dozen targeted medicines making a huge impact for patients. The tools are there for us to do it.”