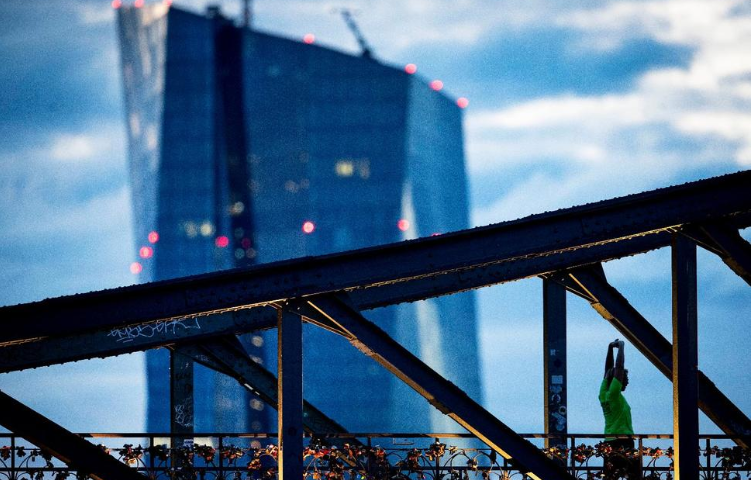 Official figures show that inflation across the 19-country eurozone was lower in July than anticipated, bolstering expectations that the European Central Bank will provide another shot of stimulus to the single currency bloc next month.

LONDON — Inflation across the 19-country eurozone was revised down for July, official figures showed Monday, bolstering expectations that the European Central Bank will provide another shot of stimulus to the single currency bloc next month.

Eurostat said consumer prices across the eurozone were up 1% in the year to July, its lowest level since mid-2016, from the previous month’s 1.3%. July’s rate was revised down from the original estimate of 1.1% and means it’s further away from the ECB’s goal of just below 2%.

The core rate, which strips out the volatile items of energy, food, alcohol and tobacco, was even lower at 0.9% though unrevised from the original estimate. That highlights the fact that underlying price pressures, from wages from example, remain subdued.

With eurozone growth faltering particularly in Germany where the economy actually contracted in the second quarter of the year, there are growing expectations that the bank will announce another package of monetary stimulus measures including a possible rate cut and bond purchases at its Sept. 12 meeting.

Analysts say the ECB could cut its deposit rate on money left overnight at the ECB by commercial banks from minus 0.4% to minus 0.5%. The unusual negative rate is in effect a penalty aimed at pushing banks to lend excess cash rather than letting it pile up at the ECB.

ECB President Mario Draghi has also said the bank has asked staff to study a possible re-start to the bond-buying stimulus program, which pumps newly created money into the financial system. It was only last December that the ECB halted its nearly four-year bond-buying program, which pumped 2.6 trillion euros ($2.9 trillion) into the eurozone economy in an attempt to revive the economy and get inflation up toward the bank’s goal.

The anticipated stimulus package would cap a momentous period at the helm for Draghi, who is due to be replaced by Christine Lagarde, the former head of the International Monetary Fund, this fall.

With Eyes on Election, White House Insists Economy Is Strong