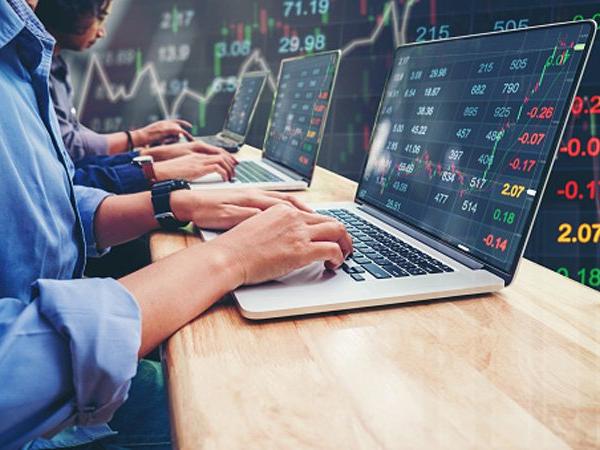 Asian markets mostly rose Wednesday as they await this weekend’s high-stakes meeting between Donald Trump and Xi Jinping, but dealers remain cautious with the threat of an escalation in the trade war if the pair fail to reach a deal.

Also on the radar is a speech by Federal Reserve boss Jerome Powell, which will be pored over for signs of an easing in its pace of interest rate hikes after his deputy hinted at gradual rises and Trump hit out at recent increases.

“The president said there’s a good possibility we can make a deal and he’s open to it but certain conditions have to be met, certain things have to be changed,” Kudlow told a White House briefing.

The remarks came a day after the president warned that if he cannot reach a deal with Xi he expects to increase tariffs on $250 billion of Chinese goods and impose levies on all the other goods the US imports from the country.

While observers do not expect a wide-ranging deal to be made at the meeting, which takes place on the sidelines of a G20 summit in Buenos Aires, there is the possibility of an agreement that will allow the two to reach a consensus down the line.

“It will depend a lot about the kind of comments that will come out after the meeting,” Massimiliano Bondurri, founder and chief executive officer of SGMC Capital in Singapore, told Bloomberg TV.

“We don’t expect anything saying a deal will never be found, we expect some formal comments will be made as in discussions will be ongoing, but we haven’t found any agreement as of yet, so that’s likely to weigh on the risk sentiment on global markets.”

In early trade, Hong Kong and Shanghai were each up 0.9 per cent while Tokyo rallied 1.1 per cent.

Sydney eased 0.2 per cent and Singapore dropped 0.1 per cent but Seoul was 0.1 per cent higher while Wellington, Taipei, Mumbai and Jakarta were all slightly stronger.

Powell’s speech later in the day has taken on more significance after Trump said he was “way off base” for continuing with his interest rate hikes.

“I’m doing deals and I’m not being accommodated by the Fed,” Trump told the Washington Post in his latest swipe at the central bank boss he handpicked for the job. Powell has dismissed similar attacks from the White House in the past.

While the bank is expected to lift rates next month, traders will be looking to see if the Fed chief indicates a slowing of its tightening drive in light of softer readings at home and signs of global weakening.

Expectations that rates would continue to rise through to 2020 — making it more expensive to borrow for investing — have weighed on global markets this year.

In foreign exchanges, the pound continues to struggle after tumbling Tuesday on Trump’s warning that Theresa May’s EU divorce deal could damage her chances of striking a post-Brexit trade agreement with the US.

The British prime minister, who has embarked on a nationwide drive to lobby the public, is also facing an uphill struggle to get her plan through parliament, which is mostly opposed to it. A vote is slated to take place on December 11.