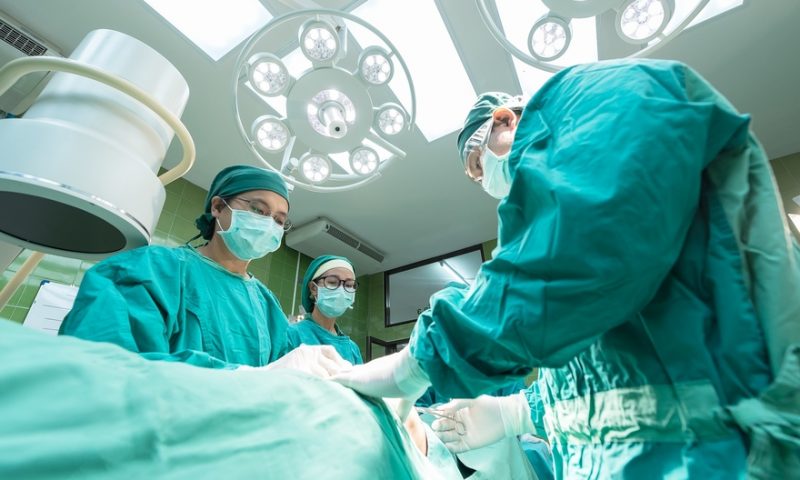 Engineers at the Massachusetts Institute of Technology have developed a strong, double-sided adhesive that can be stuck and unstuck as needed, even when wet—which could give surgeons a new tool to quickly tape up and seal internal wounds or medical procedures.

On its own, the tape clings firmly to biological surfaces, but a dose of a special liquid solution makes the adhesive become slippery and detach without causing any damage to the underlying tissue. This can allow it to be replaced or adjusted during a procedure and removed entirely once the wound heals, according to MIT.

“This is like a painless Band-Aid for internal organs,” said Xuanhe Zhao, a professor of mechanical engineering and civil and environmental engineering at MIT. “You put the adhesive on, and if for any reason you want to take it off, you can do so on-demand, without pain.”

The researchers previously showed how their tape could help easily seal tears in lungs and intestines or secure medical devices and implants around organs like the heart. Their latest findings were published in the Proceedings of the National Academy of Sciences.

The adhesive is built from biocompatible polymers as well as highly absorbent materials commonly used in diapers, which allow the tape to soak up excess water and bond with proteins found on the surface of the tissue. The researchers then added a linking molecule that disconnects when flushed with a separate biocompatible solution.

“Our hope is that some day, operating rooms can have dispensers of these adhesives, alongside bottles of triggering solution,” said study co-first author Hyunwoo Yuk. “Surgeons can use this like Scotch tape, applying, detaching and reapplying it on demand.”

“Our goal is to use bioadhesive technologies to replace sutures, which is a thousands-of-years-old wound closure technology without too much innovation,” said Zhao. “Now we think we have a way to make the next innovation for wound closure.”