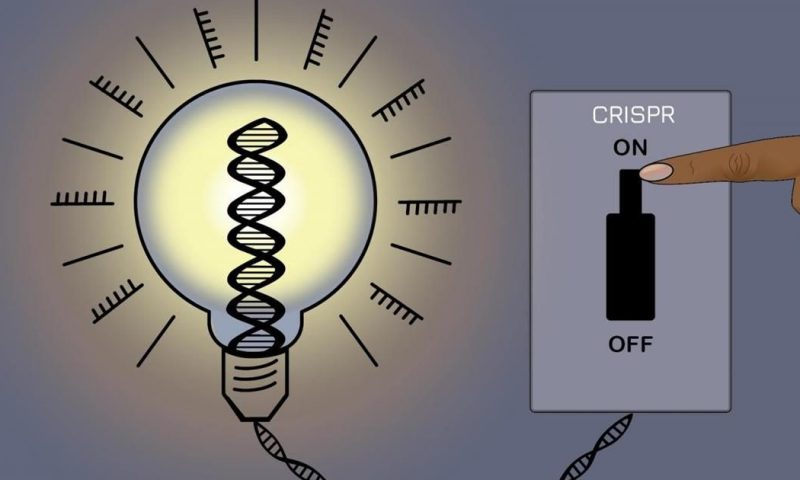 The gene editing system CRISPR-Cas9 makes breaks in DNA strands that are repaired by cells—a process that can be hard to control, resulting in unwanted genetic changes. Researchers at the Massachusetts Institute of Technology and the University of California, San Francisco (UCSF) designed an alternative technology that changes gene expression without damaging DNA, and they believe it could be useful for both research and drug development.

The researchers used their system, dubbed CRISPRoff and CRISPRon, to induce pluripotent stem cells to transform into neurons. They also used it to silence the gene that makes the protein Tau, which has been implicated in Alzheimer’s disease. They described their research in the journal Cell.

The MIT and UCSF researchers started by creating a machine made of a protein and small RNAs that guided it to specific spots on strands of DNA. The machine adds “methyl groups” to genes to silence their expression. The technology can also reverse the process, turning the genes back on by removing the methyl groups.

The researchers were surprised to discover they could use the on-off switch to target the majority of genes in the human genome, even those that don’t make proteins.

The UCSF/MIT team wanted to get a sense of whether CRISPRoff would be applicable to major diseases, so they decided to test it in neurons. They used the technology to dial down the expression of Tau protein in neurons. Tau can form “tangles” in the brain that cause memory loss and other symptoms of Alzheimer’s.

“What we showed is that this is a viable strategy for silencing Tau and preventing that protein from being expressed,” said lead author Jonathan Weissman, Ph.D., a member of MIT’s Whitehead Institute for Biomedical Research, in a statement.

It’s one of several methods proposed in recent years for improving the efficiency and safety of CRISPR. Researchers at the University of California, Berkeley led by CRIPSR pioneer Jennifer Doudna, Ph.D., have created variants of the Cas9 enzyme that activate CRISPR only in the exact cells that are being targeted for editing.

In 2018, Weissman’s lab at UCSF created a technology called CRISPRa (for “activation”) that amplified the expression of a gene that promotes the feeling of satiety. They suggested it could hold promise in treating obesity. They also made a gene editor called CRISPRi (for “interference”). But for the changes made by those methods to be maintained, cells would need to continuously make artificial proteins.

The researchers believe CRISPRoff could offer an advantage in that it instructs cells to make changes, and those instructions are passed along as the cells divide.

Weissman said that when it comes to applying CRISPRoff to diseases like Alzheimer’s, there are still questions that would need to be answered with further research. “The question is, then, how do you deliver this to an adult? And would it really be enough to impact Alzheimer’s?” he said.

In the meantime, the technology could find broad use in genetics research. “Since we now can sort of silence any part of the genome that we want, it’s a great tool for exploring the function of the genome,” Weissman said.