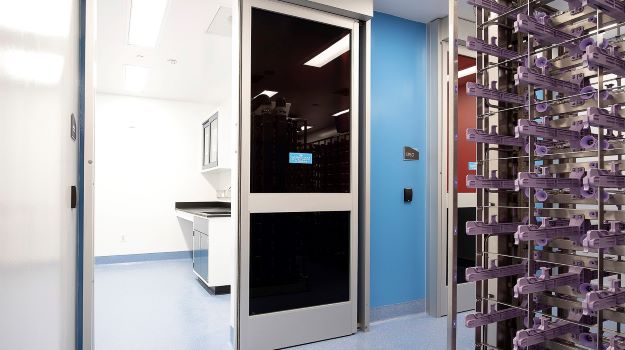 There’s an emerging business model in biotech town, and it’s called the Contract Vivarium (CV). This model has the benefit of giving companies direct oversight of their in vivo studies, allowing them to move faster while operationalizing every dollar of their seed financing.

Google “contract vivarium,” and one of the first results you will find is Mispro Biotech Services. A spinoff of McGill University, Mispro was founded by Drs. Richard Latt and Michel Tremblay, along with CEO Philippe Lamarre. Once a single coworking vivarium operating adjacent to the McGill campus, the company now has locations across biotech hotspots such as Cambridge, Research Triangle Park and South San Francisco.

While Mispro’s facilities are home to academic venture spin-offs and even a few big pharmas, the company feels it provides the most value for start-ups with small teams to well-established mid-sized biotechs.

There are many notable differences between a Contract Research Organization (CRO) and a Contract Vivarium (CV). When a company engages a CRO, they most often turn over full control of their study or preclinical trials to this contractor – in other words, they “outsource” their research. By employing the services of a CV, the company has access to a fully-managed and outfitted animal research facility that includes supporting services for preclinical rodent research, which gives them complete control over their studies and enables them to keep studies “in-house”.

Yohan Tessier, Vice President of Commercial Operations & Strategic Development at Mispro, explained that this is critical in expediting their clients’ time to market.

“We’re seeing a trend in drug development towards super complex and highly-targeted compounds, which requires researchers to conduct a number of preclinical studies. By giving companies full control of their studies, they are able to significantly speed up timelines,” Tessier said.

The intricate specialties of oncology and neurology combined make up over 50% of Mispro’s client base, with immunology and gene therapy taking 14% of the pie, respectively.

Tessier added that control over preclinical studies can lead to a higher likelihood of reproducibility in the clinical setting, as enabling scientists to conduct their own studies can significantly contribute to the production of robust and validated data sets. This leads to fewer false positives in preclinical development and therefore increased reproducibility in later-stage studies.

“A CSO (Chief Scientific Officer) that is running a number of studies in a CV can easily say ‘I’d like to go see what’s going on with my studies’ and with Mispro they have that kind of access. Whereas if you work, for example, with CROs, well, sometimes the CROs are overseas. So it’s a bit tough to decide in the morning that you want to see what’s happening with a study or animal model,” Tessier said.

“In the CV, the scientists who developed a compound or identified a target are typically the ones doing, or at the very least managing, their own studies in the facility. They can make subtle changes based on what they’re seeing in the data. When you’re outsourcing to a CRO you’re basically handing over the study protocols to an outside team, and if you decide you want to make changes based on data that’s coming back, it’s going to be a more involved process than it would be with the CV,” added Dr. Keith Astrofsky, Mispro’s Vice President of Operations and Capital Asset Development.

Astrofksy, who is also Mispro’s Attending Veterinarian, explained that while small companies and start-ups will have significant expertise with their specific idea and target, Mispro’s husbandry and technical knowledge provides them with additional support and expertise critical to conducting animal studies.

“You can put all the same ingredients in and run a study in environment A versus B versus C and actually get different results. That’s where the stability of our research environments and our expertise with supporting multiple in vivo programs can really impact results,” Astrofksy said. “Our veterinarians, animal care technicians, and regulatory oversight services assist our clients so they can focus solely on science and conduct good science. You can have the best concept, a good target, and a good compound to act on that target, but if you don’t have a stable environment and knowledgeable supporting services, you’re not going to get good data.”

As some studies require animals to be bred in a certain way, Mispro also gives clients the additional control of being able to breed their own unique models on site.

“Rather than producing those animals at a distance, they can actually bring the founding animals in and start their own colony, which they can use to seed their studies internally. This usually saves a lot of logistics, a lot of time,” Astrofsky said. “Also, in terms of biosecurity, you have better control over that in our environments. For clients that need it, we also offer assistance in breeding and colony management.”

From a financial and timeline point of view, due its specialized nature, building a vivarium facility is typically 3-4 times the cost of building wet-lab facilities and can take up to a year to build. By engaging the services of a CV, companies are able to launch quickly and establish proof of concept in state-of-the-art vivarium facilities without undertaking the expense of building their own facility.

“When you’re a CFO in a biotech company and you’re receiving $25 million to go to your next phase, you want to operationalize that money. You don’t want to put it in brick and mortar,” Tessier said. “You’re better off deploying that money to development, which, when using a CV, enables you to assess potential of your target with minimal up-front spend and relatively quickly.”

As views and laws on animal welfare and rights have evolved, the ethical treatment of animals in medical research has become an integral aspect of corporate social responsibility for life sciences companies. Astrofsky, who directed animal research programs for large pharma companies before joining Mispro, explained that this is why he enlisted Lamarre to act as the Institutional Official (IO) for Mispro. The IO sits on Mispro’s Institutional Animal Care and Use Committee (IACUC) and is the person with final oversight with regards to proper animal welfare.

“When I joined Mispro, it was important to me that our CEO also be our IO. Obviously as a veterinarian, I wanted to ensure this from a business aspect – because sometimes doing the right thing for the animal means telling the client something that they may not want to hear. So I wanted that connection, that balance where the CEO, the highest executive of the company, has to balance the animal welfare and the business component” Astrofsky said.

Because drug development is such a lengthy process and ideas can take years to come to fruition, Mispro puts a strong emphasis on creating highly functional, yet inspirational environments.

Tessier told BioSpace that while vivariums were once dull and windowless environments, Mispro’s facilities are full of color and light and offer inspiring common areas where clients can relax, hold meetings or grab a bite to eat.

“You need to imagine that the usual client in our facility will come in for a period of about 4-6 hours in a day. There’s a period of time that they just need to wait and we offer them comfortable and functional spaces to pass the time or get other work done. So they’ll take some refreshments – we have baskets of fruit, coffee, and it creates an environment where they like to spend time,” he said. “This is something really important to us. To offer research environments that incorporate lab space, meeting space, and down-time space.”

As Mispro’s clients are all involved in preclinical development, the company’s view of success also differs from that of a CRO.

“It’s really exciting to see clients where they started with one or two people, just a couple of scientists with an idea, and after two years they’re able to get a very successful initial round of financing, or go public,” Astrofsky said. “That’s kind of exciting, especially when they come back and thank us for helping to launch them. That’s very satisfying for us.”

“The contract vivarium concept is all about enablement. We offer an alternative to outsourcing that enables companies without access to a vivarium to control their own studies,” said Tessier. “We offer flexible plans and choices to our clients that enable them to launch quickly and then scale at their own pace. And we enable companies to allocate funding to research instead of infrastructure, so they can be best positioned for a successful exit strategy,” he added. “This is what drives us and it’s what drives our clients to make the choice to use the CV for their in vivo work.”