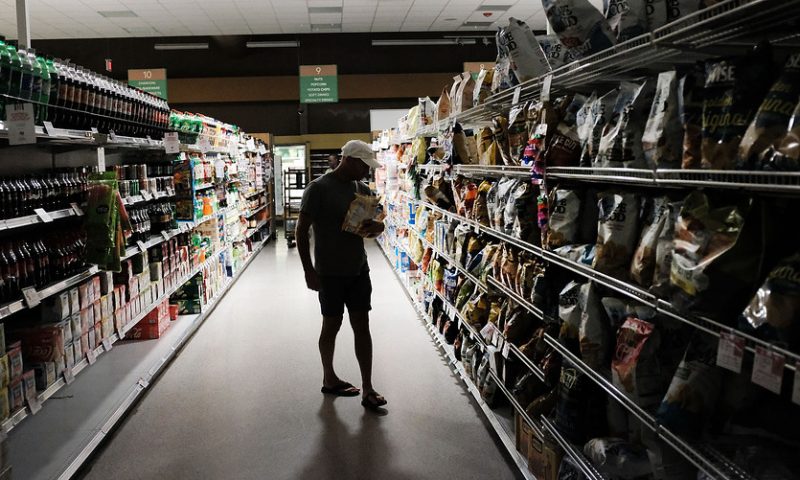 Missing more than one paycheck is a one-way ticket to financial hardship for nearly half of the country’s workforce.

A new study from NORC at the University of Chicago, an independent social research institution, found that 51% of working adults in the United States would need to access savings to cover necessities if they missed more than one paycheck.

Research from the Federal Reserve found that 4 in 10 Americans couldn’t afford a $400 emergency, and 22% say they expect to forgo payments on some of their bills.

Certain communities were more prone to economic hardship in the event of missing a paycheck. Roughly two-thirds of households earning less than $30,000 annually and Hispanic households would be unable to cover basic living expenses after missing more than one paycheck, the researchers found.

The findings were based on a survey of more than 1,000 adults. The researchers interviewed a nationally representative panel designed to be indicative of the U.S. population.

The survey provides a sobering look at Americans’ precarious finances even as the economy is improving, jobs are more plentiful and the stock market has — despite this week’s volatility — generally continued its upward trajectory this year.

Prosperity Now says too many families are either struggling to make ends meet, ‘or are just one emergency away from a financial disaster.’

These “liquid asset poor” households don’t even have enough savings to live at the poverty level for three months if their income was interrupted.

The data is even worse for people of color, with more than half of households of color (57%) being liquid asset poor, it found.

“The 2019 Prosperity Now Scorecard shows that too many families are either struggling to make ends meet, or are just one emergency away from a financial disaster,” it said.

Millions of Americans don’t have savings to fall back on

A separate survey from home repair service HomeServe USA found that almost 1 in 5 Americans (19%) reported having no money set aside for dealing with the costs of an unexpected emergency expense. That report said 31% of Americas don’t have at least $500 set aside to cover an unexpected expense.

At the other end of the spectrum, over a quarter of Americans (26%) said they had $8,000 or more set aside for unexpected emergency expenses, it added.

Americans aged 65 and over are likely to have the most money set aside for unplanned expenses: 48% of people within the age group reporting having $8,000 or more in emergency funds (versus 20% of those ages 18 to 64).

“Nearly half of Americans (49%) cited medical emergencies as a potential unexpected expense for them in the next 12 months, a finding with added significance given the level of national attention and political debate around the topic of health care in recent months,” it added.

Though wage growth has accelerated recently, those gains have been concentrated among the wealthiest Americans most.

Roughly two-thirds of households earning less than $30,000 annually and Hispanic households would be unable to cover basic living expenses after missing more than one paycheck.

Approximately 22% say they expect to forgo payments on some of their bills and nearly half of those who don’t pay their bills also fail to pay off their credit-card bills every month, racking up double-digit interest rates.

The Fed’s 2018 report found that 74% of adults reported they were doing “at least OK financially” the previous year, up 10 percentage points from the first survey in 2013.

“Short disruptions in pay can cause significant hardship, as most Americans appear to be living paycheck-to-paycheck,” Angela Fontes, director of the Behavioral and Economic Analysis and Decision-Making (BEAD) program at NORC at the University of Chicago, said in the report.

The NORC study found that most workers would manage a missed paycheck by cutting spending on non-essential items (73%). But other methods consumers would employ to handle a gap in income could have serious long-term ramifications.

Arguably more concerning though is how many Americans would turn to debt. Almost half of households in this situation (47%) would turn to credit cards, while a similar share would borrow from friends or family.

And nearly a fifth of consumers would rely on a payday, auto or other short-term loan. These loans, which can carry interest rates upwards of 600%, can easily sink borrowers into an inescapable debt cycle and wreak havoc on their credit score.