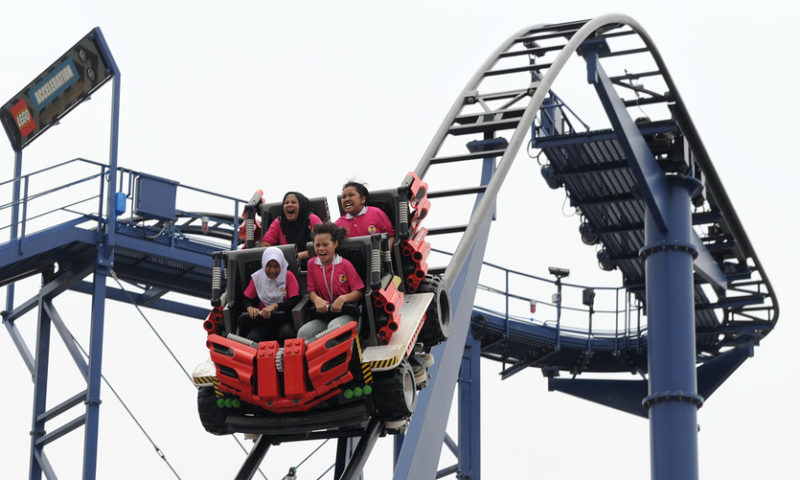 ‘The game-changer by the end of the year will likely be the U.S. mid-term elections,’ said SocGen analysts

The midterm elections could represent the peak for a U.S. stock market that has so far been resilient to political risks and trade fears.

That is according to analysts at Société Générale who see President Donald Trump’s economic plans pausing after the November midterm elections, when the Democrats are likely gain a majority in the House and Senate. Amid concerns of a debt buildup, an eventual economic slowdown and fears that short-dated Treasury yields will exceed those of their longer-day peers, the prospect of a stall-out in the Trump administration’s pro-growth agenda could refocus investors on myriad worries that have run in the backdrop thus far.

“The U.S. mid-term elections on 6 November might, in the end, prove to be the peak of this atypical U.S. market cycle, with fund managers starting to focus on the risk of a standstill for the U.S. government with no key reform agenda until the end of Trump’s mandate,” they said, in a recent note published on Thursday.

This year, corporate earnings have been buoyed by share buybacks and brisker economic growth. Stock repurchases are expected to hit $1 trillion in 2018, twice as much as in 2017. And even as a flare-up in trade tensions threatens to soften the economic outlook for Europe and Asia, analysts say the U.S.’s reputation as an economy resilient to the recent tit-for-tat escalation of tariffs has helped to trigger inflows into U.S. equities and bonds among investors.

That backdrop has helped the S&P 500

SPX, +0.03% climb more than 8% this year even as stocks outside the U.S. have struggled mightily amid a strengthening dollar, fostered by a steady pace of rate increases by the Federal Reserve. The iShares MSCI Emerging Markets exchange-trade fund EEM, -0.10% is down around 11% over the same period, with emerging economies buffeted by a stronger dollar as they service dollar-pegged debt in local currencies.
Still, that divergent growth trajectory for the U.S. and the rest of the world may not continue. Once the tax cuts that fueled the U.S. stock market’s record-setting gains “starts to fade, in spring 2019 according to our economists, and the Fed continues to gradually raise rates, the U.S. economy should start to slow,” the investment bank’s analysts said.

SocGen is forecasting U.S. growth to decline to 1.6% in 2019, from 2.8% this year, 1 percentage point below the average analysts’ estimate. The analysts attribute that projection to a belief that fiscal stimulus announced earlier this year was front-loaded toward 2018 and will likely result in economic expansion petering as stimulative effects wane.

Laws to boost government spending and halt the slide in growth could become difficult to enact in a Congress where control is presently split between the Democrats and Republicans. Such a shift would also elevate the risk of government shutdowns and impeachment proceedings against President Donald Trump, “starting a period of increased uncertainties on economic policy,” the SocGen analysts said.

The U.S.’s dimming growth prospects would thus highlight the cracks in the stock market’s run-up, including the buildup of leverage throughout the economy as it enters the late stages of its multiyear expansion, and the lack of market breadth in the S&P 500’s SPX, +0.03% climb in 2018. Most of the gains produced by the broad-market index came from technology-related, health-care and consumer-discretionary stocks.

Though, debt levels in the economy remain well-contained, they could start to constrain business activity once monetary tightening enters a more restricting phase. Accounting for cash assets, corporate debt to gross domestic product stood at 32.3% at March 2018, below its 2009 peak of around 35%, Moody’s data show.

The Fed benchmark fed-funds rate remains a few hikes below the central bank’s estimate of the neutral level, the interest rate at which tighter monetary policy begins to weigh on growth. But those effects will intensify with the central bank expected to raise once every quarter to normalize policy from crisis-era levels.

On top of that, bond yields that closely follow the central bank’s interest rates will begin to weigh on the equity risk premium, or the earnings yield of the market minus the yield of the 10-year U.S. Treasury note. The 10-year Treasury yield TMUBMUSD10Y, +0.84% stands at 2.988%.

As rising bond yields compress the so-called risk premium, equity valuations will look more comparatively stretched than they currently stand. The cyclically-adjusted price to equities ratio, or CAPE, one way to measure stock valuations, for the S&P 500 is around 32. That is near the highest level since 1929, but below peaks reached during the dot-com bubble.

Battered bitcoin bulls are latching on to this seasonality chart