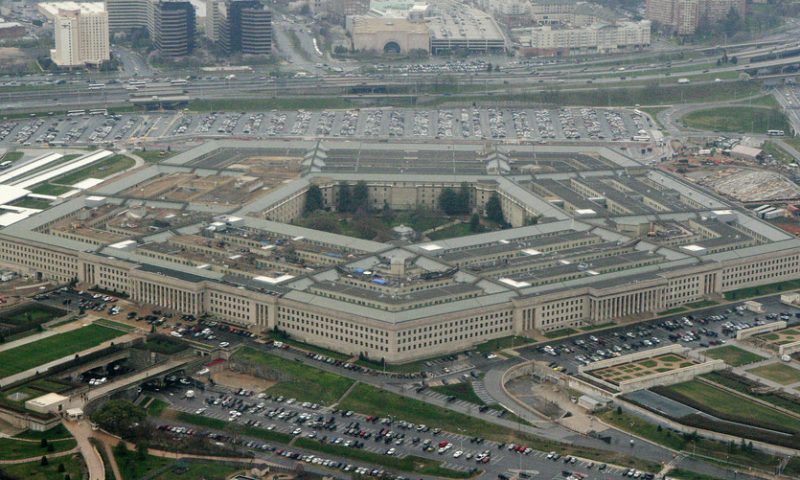 The federal government’s award of a massive 10-year, $7.6 billion computing contract to a trio of vendors led by General Dynamics Corp. to provide Microsoft Corp. office software for the Pentagon late Thursday is the latest indication that cloud-computing leaders are the preferred vendors of choice.

The Defense Department and General Services Administration announced the winners of the coveted Defense Enterprise Office Solution (DEOS) following a months-long evaluation process by the GSA. DEOS would provide email, calendar, video-calling and other productivity tools to the U.S. military.

Dell Marketing LP and Minburn Technology Group were the two other winning bidders for DEOS, in addition to General Dynamics GD, +0.65%.

“DEOS is a great example of a fit-for-purpose cloud that supports our multi-cloud strategy,” DoD Chief Information Officer Dana Deasy said in a statement. “DEOS will streamline our use of cloud email and collaborative tools while enhancing cybersecurity and information sharing based on standardized needs and market offerings.”

An even larger deal, the $10 billion Joint Enterprise Defense Infrastructure (JEDI), is expected to be awarded by the Defense Department in September. Microsoft MSFT, +0.51% and Amazon.com Inc. AMZN, +0.29% are finalists for that cloud deal after Oracle Corp. ORCL, +0.65% and International Business Machines Corp. IBM, +0.56% were eliminated earlier this year. Oracle sued, claiming Amazon had an unfair advantage because of a conflict of interest, but a judge dismissed the case last month.

On Monday, Oracle said it would appeal again on JEDI, claiming “the procurement was unlawful on several grounds.”

Amazon has long been considered the favorite to land JEDI, but analysts such as Wedbush Securities’ Daniel Ives say Beltway contacts tell them Microsoft has made “steady and impressive progress” and is in the mix.

Regardless of who wins JEDI, the two mega-deals strongly hint at a shift in whom the Defense Department chooses for high-profile deals after years of working with Oracle and IBM.