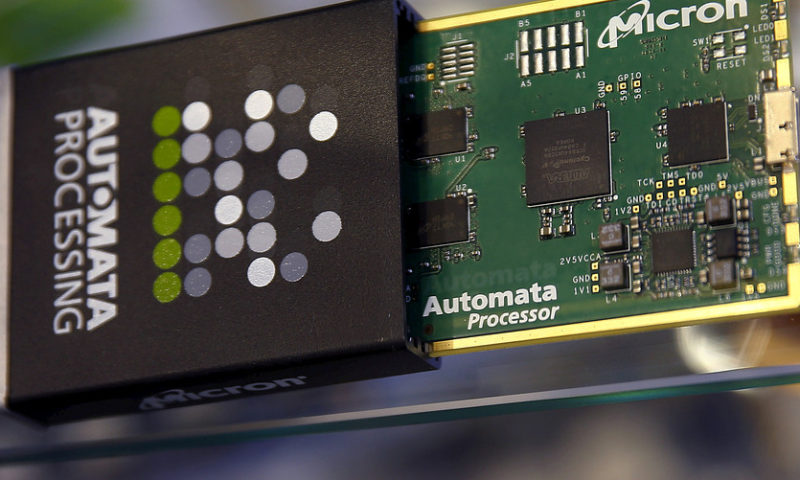 Micron Technology Inc. faces a lowered bar for its quarterly results, but will need to show signs of a turnaround in the memory chip market later to avoid yet more concerns.

Micron MU, +2.94%  is scheduled to report fiscal second-quarter earnings after the bell Wednesday. The Boise, Idaho-based chip maker has had to contend with its own success after booking record sales in its most recent August-ending quarter as vendors scrambled to stock up on DRAM and NAND memory chips while prices were on the rise. DRAM, or dynamic random access memory, is the type of memory commonly used in PCs and servers, while NAND chips are the flash memory chips used in USB drives and smaller devices such as digital cameras.

This time last year, Micron forecast a rosy outlook and had announced plans to increase its production capacity as data-center demand for chips appeared limitless. As a result, distributors bought more than their usual amount of chips to lock in prices before they rose any higher, resulting in a market oversupply and falling prices.

Micron has had to scale back on its forecasts ever since, with an outlook that fell well below Street expectations following the company’s Dec. 18 earnings report. Many analysts don’t foresee a thaw in the market glut until late 2019 at the earliest. As recently as October, Micron Chief Executive Sanjay Mehrotra said the supply and demand mismatch should last only a quarter or two.

In February, Morgan Stanley said DRAM may not even bounce back this year as the market appears “fundamentally oversupplied.” On the other hand, analysts at KeyBanc Capital forecast flash memory chip shortages from a pullback to oversupply.

Earnings: Of the 29 analysts surveyed by FactSet, Micron on average is expected to post adjusted earnings of $1.65 a share, down from $2.52 a share expected at the beginning of the quarter. Micron forecast $1.65 to $1.85 a share. Estimize, a software platform that uses crowdsourcing from hedge-fund executives, brokerages, buy-side analysts and others, calls for earnings of $1.83 a share. In the year-ago quarter, Micron reported earnings of $2.82 a share.

Susquehanna Financial analyst Mehdi Hosseini, who has a neutral rating on Micron, expects results to come in at the low range of the forecast and expects the company’s outlook for the May-ending quarter “to fall well short of the consensus.”

Wall Street currently expects adjusted earnings of $1.26 a share on revenue of $5.42 billion for the May-ending quarter, according to FactSet.

Mizuho analyst Vijay Rakesh, who has a buy and a $44 price target on Micron, said his checks indicate that first-half 2019 DRAM and NAND demand is still weak even as prices keep dropping by as much as 20% quarter-over-quarter.

In a note, Cowen analyst Matthew Ramsay said commentary from Micron and other memory chip makers “indicate to us that many of these problems should be alleviated by the second half of 2019 as certain players scale back capacity/investment and compute chip supply catches up with demand as customer inventories are digested.”

“That said, it may be a bumpy couple of quarters in the meantime for DRAM/NAND,” Ramsay said.

Of the 33 analysts who cover Micron, 19 have buy or overweight ratings, 13 have hold ratings and one has sell rating, with an average price target of $48.27.