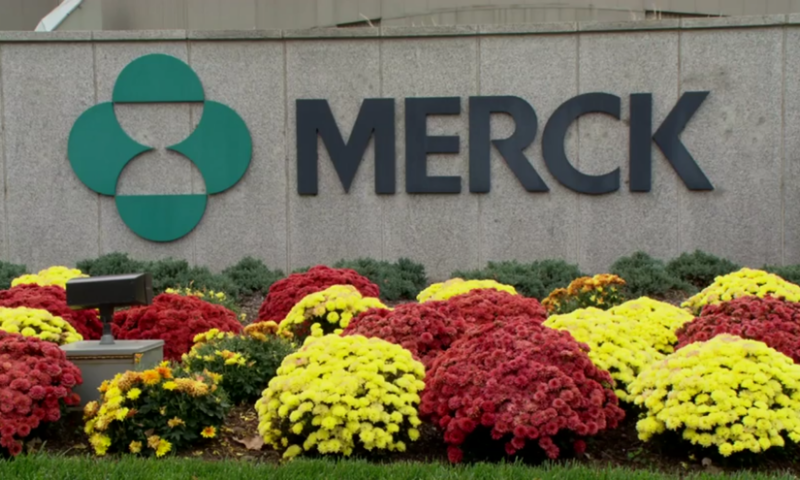 Checkpoint inhibitors that unleash the immune system so it can fight cancer have proven powerful in many tumor types. But their efficacy rests on the premise that patients’ T cells can launch an attack against tumors on their own. That’s why scientists are looking for ways to improve immuno-oncology by drawing T cells to the tumor microenvironment.

Activating a pathway called cGAS-STING is one potential strategy that has been shown to stimulate T cell recruitment to the tumor microenvironment. Now, scientists at Merck & Co. have designed a STING agonist that can be taken by mouth.

The drug, dubbed MSA-2, cleared tumors in mice bearing colorectal cancer. In tumor models that were poorly responsive to PD-1 blockade, combining MSA-2 and inhibition of the checkpoint PD-1 outperformed monotherapy at controlling tumor growth and prolonging survival, according to results published in Science.

A Merck spokesperson said the company doesn’t yet have a plan to advance MSA-2 into clinical testing.

Merck already has a STING agonist in development, MK-1454. But MK-1454 failed to produce any responses on its own in patients with advanced solid tumors or lymphomas in a phase 1 trial. There was a 24% response rate to a combination of MK-1454 and Keytruda, the company’s blockbuster PD-1 inhibitor.

Another problem with first-generation STING agonists like MK-1454 is that they must be dosed by directly injecting tumors, which limits their application to just a small number of cancer types. These initial molecules were designed as analogs of cyclic dinucleotide (CDN), which STING binds to, but they are unstable and can induce inflammatory cytokines when administered into the circulatory system.

The Merck researchers set out to identify a non-CDN-based STING agonist that’s suitable for systemic delivery. They used a screen to detect stimulation of interferon beta, a known effect of STING activation, and eventually landed on MSA-2.

The researchers administered MSA-2 by intratumoral, subcutaneous or oral routes in a mouse model of colorectal cancer. The drug was well tolerated and induced complete tumor regressions in 80% to 100% of treated animals. Even after mice that had no signs of cancer were re-challenged with malignant cells, 95% of the animals remained tumor-free, suggesting long-term anticancer immunity, the team reported.

What’s more, in four mouse tumor models of advanced colorectal cancer, melanoma and lung tumors that were not responsive to PD-1 blockade, combinations of PD-1 blockade and MSA-2 led to better inhibition of tumor growth and extended lives of the rodents compared with either drug alone.

STING is a hot yet challenging target in immuno-oncology. MK-1454, after its initial disappointment, is now being evaluated alongside Keytruda in a phase 2 trial in head and neck squamous cell carcinoma. Aduro Biotech, which is on track to merge with Chinook Therapeutics, also has an intratumoral candidate, ADU-S100. Novartis previously licensed that drug in a $200 million upfront deal only to return it after lackluster clinical data.

GlaxoSmithKline is developing GSK3745417, which can be administered intravenously. Bristol Myers Squibb, through its 2017 acquisition of IFM Therapeutics, has BMS-986301, which is being paired with Opvido and Yervoy in solid tumors. Other STING players include Nimbus Therapeutics as well as Takeda, which is working with Curadev on a candidate.

In a separate Science study, researchers at Scripps Research and the California Institute for Biomedical Research also described a non-CDN STING agonist, dubbed SR-717. The drug demonstrated robust anti-tumor activities in a mouse model of melanoma with a level of efficacy in terms of tumor burden and overall survival that was superior than that for PD-1/L1 therapy.

“Non-nucleotide small-molecule STING agonists that can be administered systemically may represent an attractive approach for targeting this path­way and have the potential to transform the therapeutic landscape once optimized,” wrote two University of Chicago scientists in a related Perspective in Science.