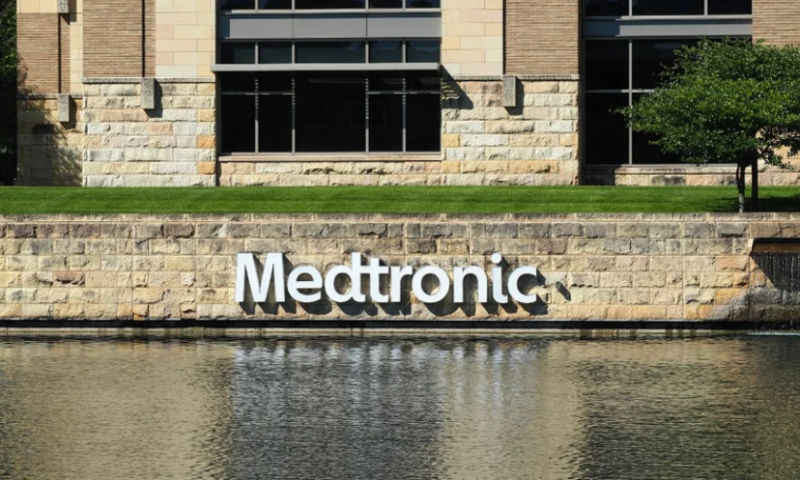 Medtronic’s line of devices to strengthen the spine just got a bit stronger itself.

The medtech giant has secured what it says is the FDA’s first clearance for a device to perform ligament augmentation during spinal surgeries, a technique that aims to prevent post-procedure spinal collapse and other complications.

The system, which also received the agency’s breakthrough-device designation, has been dubbed the LigaPass 2.0. Medtronic acquired the technology in its buyout of French devicemaker Medicrea International, which was completed in 2020 for about 139 million euros.

The LigaPass system comprises a series of band connectors that are laced through the vertebrae to stabilize the connections between the spine and any surgical implants. It can be used alongside Medtronic’s UNiD Adaptive Spine Intelligence platform, which uses artificial intelligence algorithms and a database of thousands of previous surgeries to help build a patient-specific surgical plan and guide the placement of implants and the LigaPass connectors.

The LigaPass ligament augmentation technology was developed with an aim of reducing complications after procedures to correct spinal deformities, which typically require rods and screws to be implanted to align the spinal column.

Ligament augmentation has specifically been studied as a way to prevent proximal junctional kyphosis—a common complication after spinal deformity surgeries in which the vertebral column or spine develops an abnormal bend that’s more severe than the patient’s original deformity—or the more severe proximal junctional failure, which is more likely to require another costly surgery to correct.

A study cited by Medtronic found that when ligament augmentation was used, only 3.3% of patients treated for spinal deformity required another operation within a year after the original procedure, compared to more than 15% of those whose surgeons hadn’t incorporated the technique.

Medtronic has made a habit out of expanding its surgical portfolio as it begins the international rollout of its Hugo robotic surgery system and continues adding to its already lengthy list of technological offerings—including many in the realm of spinal surgery.

Just last fall, for example, the company added a trio of technologies to its collection of devices used in minimally invasive spine procedures. All three target transforaminal lumbar interbody fusion procedures, in which vertebrae are joined together to treat fractures or herniated discs. The new additions included simplified implants, a fast-moving graft delivery system and an all-in-one device for guiding the implants and bone graft materials into place.