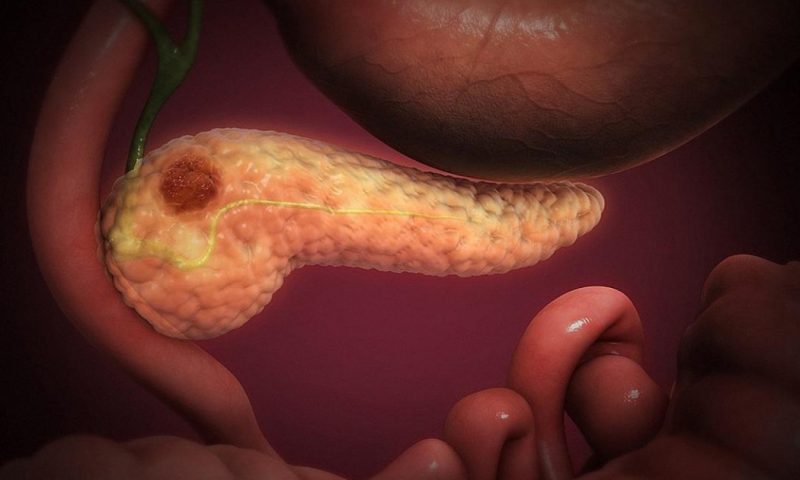 Mutations in the genes KRAS and p53 have been tied to several tumor types, including pancreatic cancer. Scientists at the University of Texas MD Anderson Cancer Center say they have found a critical link between the two abnormal genes and tumor growth in pancreatic cancer—and they’re proposing a way to block it.

The MD Anderson team discovered that mutant KRAS and p53 rely on a protein called CREB1 to drive the growth and spread of pancreatic cancer. Blocking CREB1 in mouse models of the disease reduced metastases, they reported in the journal Cancer Discovery and at the American Association for Cancer Research (AACR) virtual annual meeting.

About 70% of pancreatic cancer patients have mutations in KRAS and p53, according to MD Anderson. To study the phenomenon, the MD Anderson team needed a new mouse model, so they worked with geneticists at the institution to develop one that expressed mutant KRAS and p53 in tumor cells but not in cells that surround the cancerous masses.

Using that model, the scientists discovered that mutant KRAS activated CREB1, which then interacted with mutant p53. That caused abnormalities in hundreds of genes, they discovered, activating a key pathway that in turn promoted tumor growth.

The MD Anderson team went on to administer a CREB1-targeting drug to the mice. That inhibited several of the genes in the cancer-promoting pathway, slowing metastases, the scientists reported.

Targeting mutant KRAS is one of the hottest pursuits in biopharma today. Amgen is leading the race to market with its KRAS inhibitor sotorasib, which is now under FDA review for the treatment of non-small cell lung cancer. Mirati and Eli Lilly are also developing KRAS inhibitors.

The MD Anderson researchers believe their identification of CREB1’s role in KRAS- and p53-mutated cancers could inspire new ideas for drug development, and lead to the discovery of other targets that work downstream of the abnormal genes to promote pancreatic cancer growth. These discoveries could have implications in other cancer types, as well, they said.

The revelation that CREB1 interacts directly with the two frequently mutated genes “suggests that there should be increased focus on CREB1 as a target that could be therapeutically exploited to improve patient outcomes,” said Michael Kim, M.D., assistant professor of surgical oncology and genetics at MD Anderson, in a statement. “With the frequency of KRAS and TP53 mutations in human cancers, the implications of our findings may extend far beyond pancreatic cancer.”

Life sciences pumping more cash than ever into R&D, but drug pricing limits could stymie that tide: report

Zentalis’ WEE1 inhibitor shows promise in phase 1, with potential for combos down the line