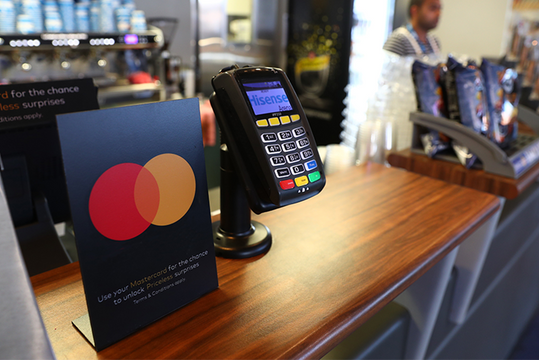 Mastercard Inc. plans to wade into the world of buy-now pay-later with a new offering that will let merchants accept installment payments without doing extra technical integration.

The payments giant intends to work with a variety of lenders on the Mastercard Installments offering, through which consumers will be able to split payments into chunks when shopping at merchants who accept Mastercard MA, -1.57% as a payment option, the company announced Tuesday.

There will be varying types of installment offerings, such as the pay-in-four option popularized by existing BNPL players that allows customers to make their purchases in four interest-free chunks. Financial-industry partners include SoFi Technologies Inc. SOFI, -3.73%, Barclays U.S. Consumer Bank, and Synchrony Financial SYF, -2.03%.

Lenders participating in the program will be able to deliver preapproved offers to customers with whom they might have relationships. Customers who accept these offers will be issued one-time payment credentials worth a certain amount that can be used with a Mastercard merchant to make a purchase in installments.

Another, smoother option will let customers become instantly approved for installment purchases at checkout when they use Click to Pay, a payment button intended to help customers store their payment credentials and shop more easily online.

The installment-payment trend is quickly picking up steam in the U.S., and BNPL players such as Affirm Holdings Inc. AFRM, -10.79%, Klarna, and Afterpay Ltd. AFTPY, -5.73% APT, -3.61% have been aggressively lining up new merchant arrangements. While Mastercard plays into those BNPL experiences as well because consumers often use their debit cards to make installment purchases, the company’s new offering allows it to participate in the trend more directly.

Mastercard sees its installment feature as one that can “reach a broader group of consumers and merchants,” Chief Product Officer Craig Vosburg told MarketWatch, partly because the company is working with different types of lenders, like banks and neobanks. Mastercard also has a vast merchant network and plans to make it so retailers don’t have to do extra work to enable the installment option for online and contactless in-store purchases.

“Anything that requires technical integration especially involving [a point-of-sale system] is a challenge and a deterrent” for merchants, said Vosburg, who expects Mastercard’s offering to appeal to sellers of all sizes. Pricing for the program will be “very competitive” relative to existing BNPL structures and merchants will be able to opt out of the offering if they aren’t interested in participating, he said.

The company also sees the move into BNPL as an opportunity to leverage open-banking technology, which lets customers opt into providing banking data to third parties. Vosburg envisions that some consumers may choose to share their data with lenders to improve the underwriting process.

“It’s a perfect example of the kind of reasons we wanted to invest in open banking,” he said.

Bank of Montreal stock outperforms market despite losses on the day