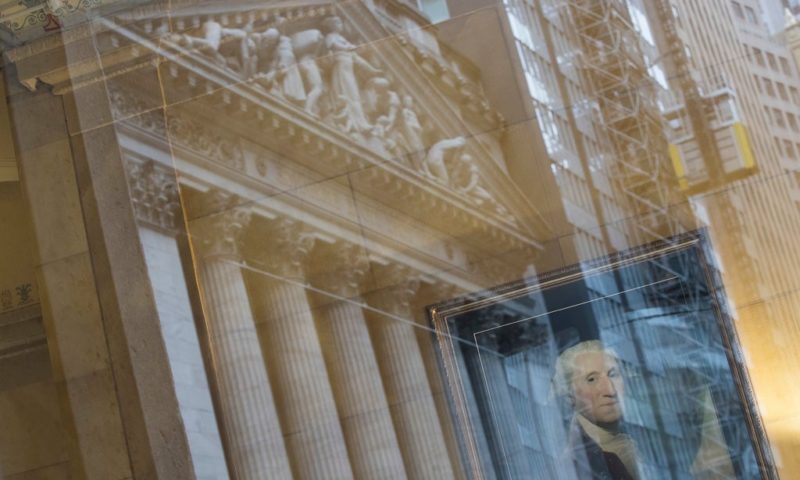 There’s not a main reason for the sell-off, but a widening sense of unease that several types of problems are rising at once.

The most telling thing about the pummeling that the stock market has taken recently, and especially this week, is that there’s no simple single cause to point to.

That reflects the fundamental economic risk for 2019 and beyond. There isn’t a lone caution on the horizon that can be identified and monitored and that policymakers can respond to.

Rather, markets reflect a widening sense of unease that several different types of risks are rising at once — and that although any one of them might be manageable, together they could lead the economy into serious trouble in 2019 or 2020.

This emerging conventional wisdom is far ahead of the facts on the ground: Most economic data lately has pointed to continued healthy growth.

And while stocks are down 9.5 percent since early October, the yield on longer-term Treasury bonds is at about the same level. The bond market tends to be more closely tethered to the direction of the overall economy than stocks, so that suggests investors in recent weeks have not radically reshaped their view on future growth.

But when you tick through the list of fears causing the sell-off, it’s easy to see why stock investors in particular are getting jittery, driving steep market drops Monday and Tuesday.

The giant tech companies that have propelled the market for years are facing risks of slowing growth (especially Apple) and new regulation (especially Facebook). Oil prices are plummeting, sending the share prices of energy companies downward. Investors are starting to worry that companies with heavy debt loads could struggle to handle them, with General Electric as Exhibit A. The trade war, long at a steady simmer, could boil over at any time.

Oh, and economic growth seems to be slowing worldwide. The United States housing market is in a slump. And forecasters expect the stimulative effects of tax cuts to fade in the coming quarters. That makes a slowdown in the rate of growth appear more likely than not, especially if the Federal Reserve persists with interest rate increases amid a slower-growing economy.

But before running for the hills in panic, there are a few things worth considering. First, bad things happen all the time in the economy, and in markets. Usually, the damage is localized to the industries directly affected.

Take the tightening of corporate credit that is underway, with interest rates for riskier companies soaring. It has echoes of the not-too-distant past. In the mid-2000s, American automakers were overleveraged and facing a difficult environment. General Motors and Ford bonds were cut to junk status in 2005.

Bondholders and credit ratings agencies lost confidence in those industrial icons’ corporate debt, causing plenty of pain for the automakers’ employees and stock prices. But the overall economy kept humming along. (It was a recession rooted in other sectors, three years later, that dragged American automakers toward bankruptcy.)

Similarly, it’s easy to look at the slowdown in home sales and building activity, for example, and fear that it could lead to a repeat of the 2008 recession.

But in that episode, housing starts peaked in January 2006. For nearly two years, the economy largely held up; as housing contracted, other sectors grew. It was only after the housing downturn triggered a financial crisis that a recession began in December 2007.

In terms of a slowing global economy, in 1998 an emerging markets crisis seemed to endanger a booming American economy enough that the Federal Reserve cut interest rates late that year to try to guard against damage. As it turned out, 1999 was a boom year.

What these episodes all show is that adjustments — whether in the credit markets, the housing market or emerging markets — tend to cause huge economic disruption only if there are compounding factors, or inadequate policy responses.

Already in the last couple of weeks, top Federal Reserve officials have softened their tone about how high they will eventually push interest rates.

The implicit message: If all of these negative forces really do start to harm growth, the Fed will slow the pace of rate increases, rather than stick to some preordained path.

The great fear for the economy in the next couple of years shouldn’t be the risks we know about. It is that those risks will materialize and interact in unpredictable ways, and together cause damage that none of them alone could. And if that happens, the last few weeks will look like a crucial moment when it began.

London house price boom over, at least for now