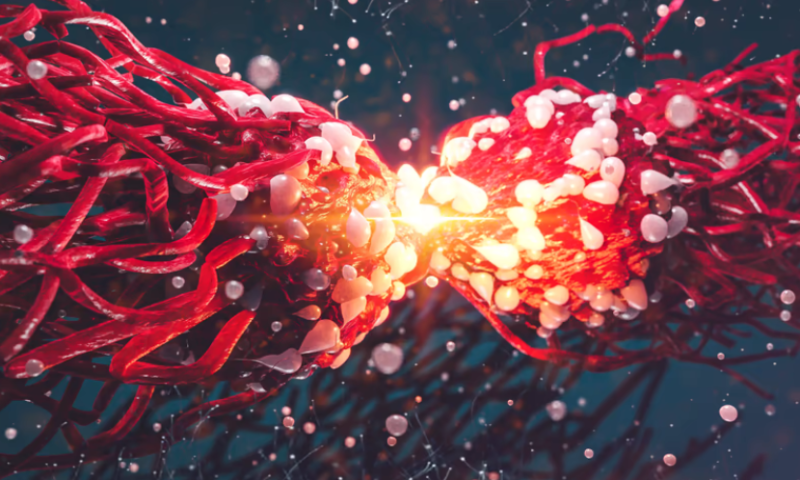 CAR-T therapy that modifies a patient’s immune cells to target cancer has shown strong efficacy in blood cancers. But the engineered T cells’ lack of persistence represents one challenge that has prevented their success against solid tumors. Scientists at St. Jude Children’s Research Hospital have now identified a mechanism that they say could help CAR-T cells last longer in the body and thus better fight solid cancers.

An interaction between the protein c-Myc and the protein complex cBAF early in T-cell activation affects T-cell fate, the team described in a new study published in Nature.

Fine-tuning this interaction could let naïve T cells—upon activation by a tumor antigen—preferentially differentiate toward long-lasting memory T cells rather than the fast-acting but short-living T effector cells, the team showed. Doing so markedly improved the efficacy of CAR-T cells in a mouse solid tumor model, the team reported.

“Our work extends from the basic biology of T lymphocytes to a possible application in the clinic, with an exploration of deep molecular mechanisms along the way,” co-corresponding author Doug Green, Ph.D., said in a statement.

Co-corresponding author Hongbo Chi, Ph.D., has been studying how a T cell becomes a memory cell. In this study, the team used the genetic screening tool CRISPR to look for molecular inhibitors of antigen-specific memory T-cell generation.

While effector T cells are important in an initial anti-tumor response, most of them die afterward. By comparison, the memory precursor cells can give rise to self-renewing memory T cells, which can offer long-term protection when they encounter the cancer-related antigen again in the future.

The CRISPR screen also showed reduced c-Myc in memory precursor cells than in terminal effector cells. Green and colleagues had previously found that the c-Myc in a parental T cell can be sorted differently during its division into two daughter cells. So the team decided to examine the relationships between c-Myc and cBAF at early time points of T-cell activation.

Armed with the knowledge, the scientists tested the effect of cBAF inhibition during CAR-T cell activation in a mouse model bearing B7-H3-positive bone tumors. Turns out, B7-H3 CAR-T cells generated from T cells that had been transiently treated with a cBAF inhibitor showed markedly enhanced tumor control compared with CAR-T cells derived from untreated T cells.

The team also verified the effect on human CD8+ T cells. Treatment of the cBAF inhibitor early on was necessary and sufficient to promote the generation of cells with markers of long-lived memory cells and reduced the number of effector cells. Once transferred into mice, the cBAF inhibitor-treated T cells persisted longer.

Scientists have been looking for ways to help CAR-T cells survive longer and keep proliferating to make them better cancer treatments. For example, a team at Curie Institute in France recently found that crippling SOCS1 in CAR-T cells could improve the persistence and function of the cells.

Findings from the current study “indicate that transient inhibition of cBAF function during T cell activation may improve CAR-T therapy for human cancers,” the St. Jude scientists wrote in the study.

M&A is down, but Big Pharma likely to line up ‘multiple shots on goal’ in 2nd half, PwC says