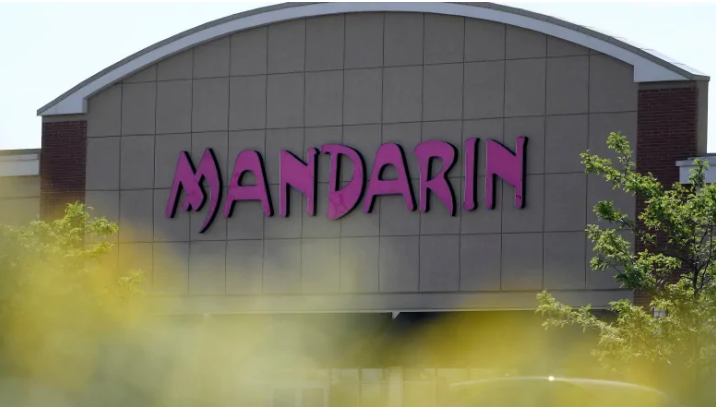 Canadian citizens are invited to eat for free at an Ontario-based Chinese-Canadian restaurant chain this Canada Day, but legal experts say the offer may come with a side of discrimination.

Brampton, Ont.-based Mandarin Restaurant is celebrating its 40th anniversary with a free meal for patrons who can prove their Canadian citizenship.

“It seems a case of putting dim sum before dignity,” said Ted Flett, an employment and human rights lawyer with Toronto-based Zubas + Associates.

“And, I think the Mandarin is opening themselves up to quite a bit of liability with this sort of a move.”

Diners with a Canadian passport, birth certificate or citizenship card will receive their buffet meal free of charge on a first-come, first-serve basis on July 1 between 12 p.m. and 8:30 p.m., the Mandarin Restaurant Franchise Corp. announced earlier this week. The company operates 29 restaurants in Ontario.

Mixed feelings on social media
Critics of the policy are now calling out the Mandarin on Twitter and saying that forcing diners to prove Canadian citizenship to get free stuff is un-Canadian.

“Just citizens? What about the rest who pay taxes, work minimum wage and have sacrificed everything to live in this wonderful country? Shouldn’t they also enjoy?” said one post.

Another Twitter user, @OskarBernard, wrote that the promotion doesn’t “honour Canada Day” and he’d “rather pay to eat at someplace that doesn’t discriminate.”

But @BlueskiesRobin, found nothing wrong about the promotion at all, writing “I’m a proud Canadian and will be more [than] happy to show my proof. I think it’s great what they’re doing and I give two thumbs up.”

This is the fifth year Mandarin has offered the free buffet linked to citizenship, wrote James Chiu, president and co-founder, in an email. Previously, diners redeemed the freebie in 1996, 2004, 2009 and 2014.

Chiu did not directly address a question about whether the company has any concerns that the promotion may discriminate against people who are not Canadian citizens, but sent a statement and details on the offer in response.

“This event is one of the ways for us to show our appreciation for Canada,” he said. “Canada welcomed us into the country 40 years ago and has supported us ever since.”

Flett said he’s surprised this promotion has been offered four previous times as it sounds like a benefit to an exclusive group of customers, which appears to violate section one of the Ontario Human Rights Code. That section protects people from discrimination based on ethnic origin, citizenship and other factors in receiving services.

Promotion may be discriminatory, employment lawyer says
If Flett or a hypothetical client of his were refused the promotion because they were unable to produce proof of Canadian citizenship, he said he’d seek damages for the value of the offer, as well as damages for injury, hurt feelings and loss of dignity.

Flett is not convinced someone would have to be denied the freebie in order to pursue the matter as just communicating such a promotion may be discriminatory.

The province’s human rights code protects people from discrimination due to citizenship in five social areas, including housing, employment and services, such as at restaurants. That comes with some exceptions under the law. For example, only Canadian citizens can vote in municipal or provincial elections, wrote Yves Massicotte, a spokesman for the Ontario Human Rights Commission.

“Defences under the Code are interpreted narrowly,” he wrote. “In these circumstances, the restaurant would have to establish that its promotion is a cultural activity designed to foster and develop participation in that activity by Canadian citizens only.”

People who feel they are being discriminated against due to their citizenship can make a claim with the Human Right Tribunal of Ontario or contact the Human Rights Legal Support Centre, he said.

Flett said it’s possible that Mandarin has never had a claim made against it regarding this particular promotion and is unaware it could be discriminatory.

It’s also possible, he said, that because the restaurant is still providing service to people who are not Canadian citizens, but requiring they pay that day, it believes the practice is not discriminatory.