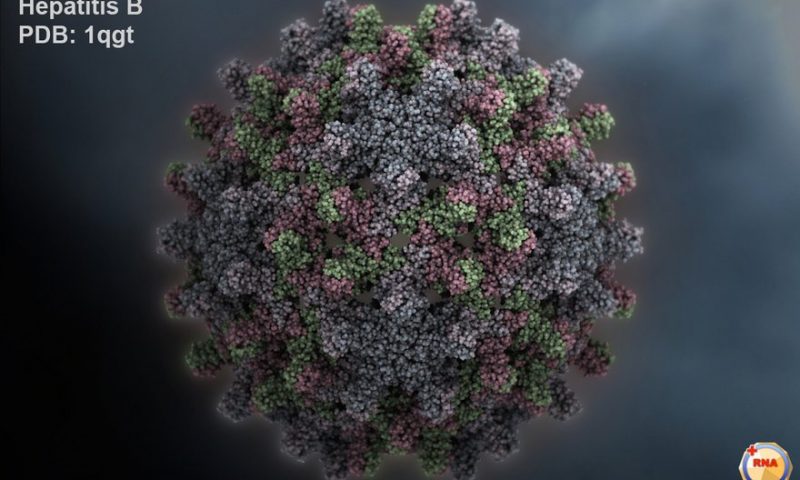 Gilead Sciences and trendy biotech Vir Biotechnology are teaming up in the effort to find a cure to the liver disease hepatitis B.

Gilead already has vast experience in hepatitis C, producing drugs and combos a few years back that essentially cured the disease. Now, it’s working its way through the alphabet, penning a deal late last year in hepatitis D and now signing up with Vir for hepatitis B (HBV) in the hope of bettering its already marketed HBV meds.

Current HBV treatments may suppress viral replication, but they do not completely clear out the virus; the infection’s covalently closed circular DNA, or cccDNA, enables HBV replication to restart if treatment is stopped.

Vir is hoping to put an end to that and has already teamed up with Alnylam. Back in the summer, the companies unveiled a peek at their ongoing phase 2 of RNA hopeful VIR-2218 in patients with chronic HBV on nucleotide/nucleoside reverse transcriptase inhibitors, the current standard of care.

Their therapy is designed to target a conserved region in the HBV X gene. This drug, originally called ALN-HBV-02 before Alnylam licensed it to Vir in 2017, came as part of an infectious disease deal worth up to $1 billion.

VIR-2218 is designed to silence all HBV transcripts, from both cccDNA and integrated DNA, across all 10 HBV genotypes, and it showed broadly positive results last year.

But under the new deal, Gilead will wed its investigational TLR-8 agonist selgantolimod to VIR-2218, as well as a “marketed PD-1 antagonist”—though they didn’t say which one—in HBV patients both who have had treatments and who have not. Gilead adds that under the phase 2 planned for the combo, its therapy Vemlidy may also be offered to those who have already had treatment before.

The hope is that combining an immunomodulation drug alongside an antigen suppression therapy will lead to a functioning cure for the disease.

This isn’t the first time Gilead has gunned for a cure, penning a $445 million deal with Precision Biosciences using a gene therapy approach. Two years down the line in 2020, however, Gilead pulled out of the deal without explanation. It will hope to have more luck with Vir.

“We are enthusiastic about this collaboration,” said Phil Pang, M.D., Ph.D., chief medical officer at Vir. “We believe a functional cure for the majority of patients will require a reduction of the levels of circulating viral proteins together with an immune boost to stimulate the production of new T-cells that can bring the infection under control. We believe that this collaboration with Gilead adds a novel and significant new combination to our efforts to find a cure for HBV.”

Palantir downgraded to sell by Citi