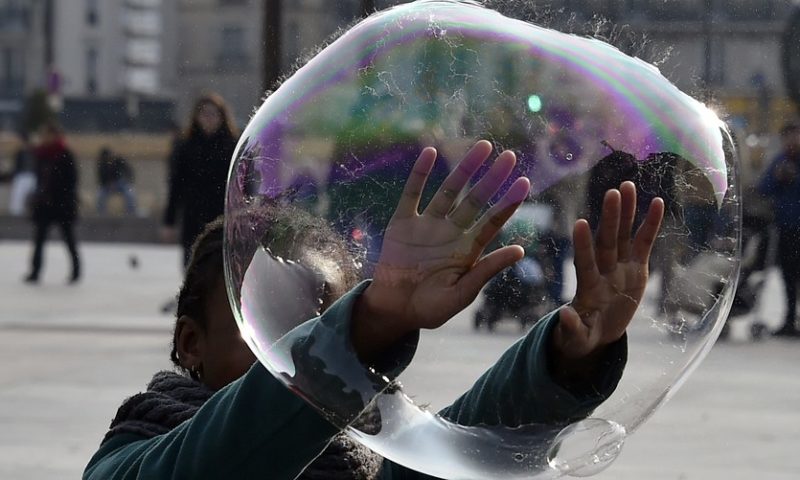 Plenty of pundits have compared the trading action in today’s market to the bursting of the dot-com bubble, but the latest Wall Street type to make that connection isn’t your typical broken-clock bear.

Here’s what longtime bull and Institutional Investor hall of famer Richard Bernstein had to say on CNBC this week about the state of the market.

‘We’re at a point in the technology cycle where investors are starting to become pure momentum investors. You have this notion where people believe that tech is no longer cyclical. It’s something new. It’s something different. And, that’s sounding a bit like March 2000.’

He ought to know a thing or two about March 2000. Bernstein, the CEO of Richard Bernstein Advisors, published a report that month declaring tech stocks were overpriced and that the smart money should be headed toward energy and commodities. Six months later, the tech-heavy Nasdaq Composite was in tatters, and by late 2000, it had shed almost 80% of its value.

This time around, Bernstein, according to CNBC, says he’s not worried about nosebleed valuations creating another massive meltdown, but he does fear that skittish investors have a flawed way of thinking about corporate earnings that could ultimately set them up for disappointment.

“As profits decelerate, which most people are in agreement is going to happen this year, tech is generally one of the worst performing sectors,” the former Merrill Lynch chief investment strategist said. “Whenever profits decelerate, the most important factor in a portfolio is quality and stability.”