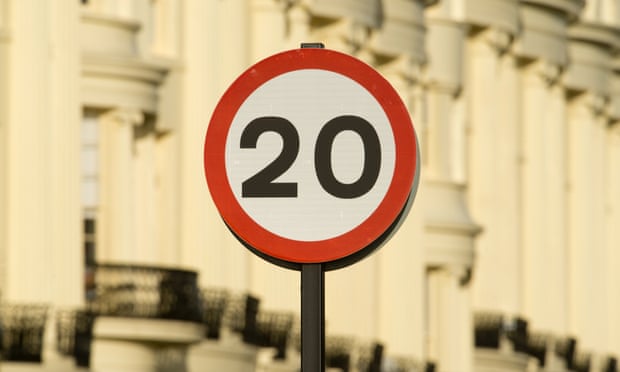 There is insufficient evidence that a 20mph speed limit has led to a significant reduction in the number of crashes and casualties in UK residential areas, a government-commissioned study has found.

There has been substantial growth in the number of 20mph limits enforced following the Department for Transport’s decision in 2013 to encourage local authorities to consider the measure in an attempt to reduce casualties and increase levels of walking and cycling.

The report also found a majority of drivers break the speed limit in 20mph zones in residential areas.

Forty-seven per cent of motorists comply with the limit on roads near houses, rising to 65% in city centres.

Although a “substantial proportion” of drivers are speeding in those areas, there has been an increase in the number travelling at less than 24mph, which suggests “faster drivers have slowed down”, the study found.

Journey times are estimated to have increased by 3% in residential areas and 5% in city centres, adding less than a minute to a five-mile trip.

The government commissioned the consultancy Atkins to examine vehicle speeds in 12 areas where the limit was reduced from 30mph to 20mph.

The AA president, Edmund King, said speed limits must reflect the nature of roads so drivers can “easily understand why the limit is set”.

“We need more variable speed limits linked to time of day. For example, in the US, most drivers slow down outside schools with flashing yellow lights, but not at 3am when there are no children around,” he said.

Joshua Harris, the director of campaigns at the road safety charity Brake, said: “Breaking the speed limit is breaking the law and those who do so should be punished. We must make a success of 20mph limits, but to do so we need more enforcement, which is delivered consistently across the country.”