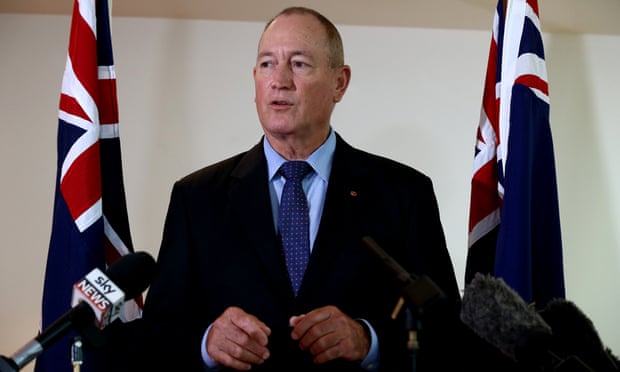 Exclusive: Liquidation has been delayed because Queensland senator has failed to hand over documents related to Gazelle Rentals

Liquidators say they have spent eight months unsuccessfully chasing Fraser Anning for documents about a failing business, which the senator has also not disclosed to parliament.

Anning’s business, Gazelle Rentals Pty Ltd, has been in liquidation since April 2016, and in May 2018 owed $216,000 to creditors, according to documents filed to the corporate regulator.

Anning is currently listed as the company’s secretary, director and one of two shareholders, but has not disclosed his involvement with Gazelle Rentals to parliament in his register of interests.

The business is under external administration and the liquidation was meant to be complete by the end of last year.

But the liquidator, BRI Ferrier principal Alan Scott, says it has been delayed because Anning has failed to hand over documents related to the business.

“Mr Anning has been somewhat remiss in providing me with the material I’ve been asking for,” Scott told Guardian Australia.

“We’ve been asking him for about six to eight months for documents and he keeps saying ‘oh yes I’ll get you them’, but they never appear.”

Anning previously faced bankruptcy proceedings in the federal circuit court, launched by a subsidiary of the Adelaide and Bendigo Bank, over debts owed by Gazelle Rentals.

Anning and his wife had acted as guarantors for a loan taken out by Gazelle Rentals in 2005, but court documents said the agreed loan payments were stopped in February 2008 and the company “ceased making any payments from 18 January 2012”.

But creditors withdrew the bankruptcy case in October 2017, and Anning avoided any finding against him.

Despite the withdrawal of the legal proceedings, Asic and BRI Ferrier confirmed to Guardian Australia that Gazelle Rentals remains in external administration.

Anning did not respond to repeated requests for comment.

Guardian Australia is not suggesting he deliberately attempted to hide his involvement with Gazelle Rentals from parliament. The bankruptcy proceedings involving Gazelle Rentals and Anning received some publicity before his arrival in parliament, so his links to the company were on the public record.

Anning, an independent senator who won 19 primary votes, initially entered parliament as a One Nation senator, replacing Malcolm Roberts. He later defected to Katter’s Australia Party, but was expelled in October, two months after he made a speech calling for a “final solution” to immigration. He now sits as an independent.

The bankruptcy proceedings had raised questions about the strength of One Nation’s vetting procedures, given the constitution prevents undischarged bankrupts or those who are insolvent from sitting in parliament.

Anning attracted scrutiny this month when he announced he would bill taxpayers to travel to a rally involving far-right extremists in St Kilda.

The senator has also billed taxpayers for trips to the regional Queensland town of Babinda for “electorate duties” while staying at his brother’s hotel.

Virtual cities: Designing the metropolises of the future