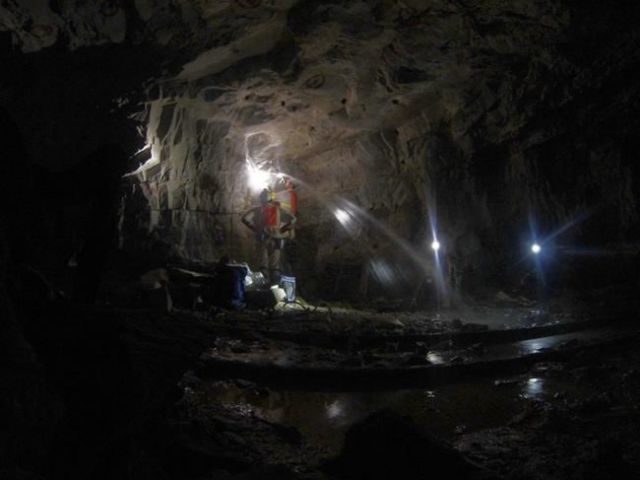 Scientists are releasing results of a decade’s worth of research that has uncovered a vast and mysterious world of microbes deep underground that could help explain how life began on Earth and how it might look on other planets.

“The branches of life that we knew about are not all that is out there,” said Karen Lloyd from the University of Tennessee. “There’s actually deep branches on the tree of life that no one has ever known anything about before and many of them are in the subsurface.”

Lloyd is one of hundreds of scientists from around the world involved with the Deep Carbon Observatory, which studies the action of carbon many kilometres underground. Members of the team looking at how that carbon enables subterranean life are to present their findings this week at the American Geophysical Union’s annual meeting.

Scientists have known microbes could live far below the surface since they were first discovered in oil deposits in the 1920s. But over the last 10 years, it’s become clear that the genetic diversity of tiny creatures living in the microscopic pores and veins of rocks beneath our feet is at least equal to that above the surface.

Nearly three-quarters of Earth’s bacteria and archaea (a type of microbe) live in the subsurface, scientists now say. All types of cellular life, including the kind that makes up the familiar flora and fauna of the surface, are found there.

Those beasties have colonized up to 2.3 billion cubic kilometres — almost twice the volume of the oceans. Some live in temperatures up to 121 C; others eke out an existence more than 10 kilometres beneath the seas.

Altogether, the amount of carbon the bacteria contain is between 245 to 385 times greater than that found in humans.

It’s a strange world, where microbes draw energy from sources such as radiation, “eat” sulphur and “breathe” rust.

“That is how life can sustain itself even if there isn’t the potential to gain the sun’s energy,” said Barbara Sherwood Lollar of the University of Toronto. She has found microbes in 2.7-billion-year-old water from deep within the Canadian Shield.

“They breathe other things,” said Rick Colwell of Oregon State University. “Many of them are able to use oxidized iron the way we use oxygen.”

Sherwood Lollar calls it chemosynthetic life as opposed to life on the surface, which depends on photosynthesis.

Things happen slowly down there. Microbes from the deep can go hundreds or even thousands of years without creating a single new cell. Instead, they repair damaged molecules and wait for the next earthquake to open up a new channel for nutrients.

“These things occur on much longer time scales than we’re used to waiting,” Lloyd said.

Many questions remain. Among the most intriguing is whether life filtered down from the surface or grew up from below.

“Given the fact that there are all the energy and carbon sources necessary to drive life in the deep subsurface, and so much of our history included a very inhospitable surface world, it is reasonable to hypothesize that life originated in the subsurface and moved up,” Lloyd said.

The same logic applies to other planets, said Sherwood Lollar.

“It’s part of the reason why studying these deep chemosynthetic organisms on this planet is so directly relevant to the search for life on other planets.”

It’s rare a scientist gets to help reveal a whole new vista on life, said Lloyd.