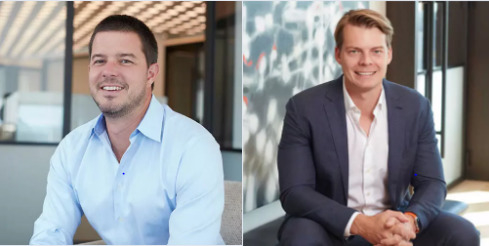 The company launched in August with offices in Shanghai and Princeton, New Jersey, and the rights to programs out of BridgeBio and MyoKardia. Now, it’s raising $310 million in a round co-led by RA Capital and Venrock in the U.S. and CMG-SDIC in China to shepherd those programs forward in China and other Asian markets.

“The way that we think about LianBio is a platform to allow Lian’s partners to really bring in China as part of their global development and commercialization strategy,” said Konstantin Poukalov, executive chairman of LianBio and managing director at Perceptive Advisors.

Securing the new funding was a concerted effort. “Konstantin and I sat down; we had a very targeted list of investors that we wanted to go after as part of this process,” said Adam Stone, a founding partner of LianBio and chief investment officer at Perceptive. It was a small, focused and targeted search for partners that would be active, rather than passive, he said.

LianBio will accomplish its mission by keeping up alliance management long after the initial deal is done.

“We’ve built a really nice cross-functional platform that is certainly mostly in China, but also has an office in the U.S.” Poukalov said. In the American office, “we have cross-functional project leads that understand not only the life cycle of drug development in China, but also in the United States, that can really work closely with the partners to make sure that the benefit that you draw out of the relationship is continuous.”

LianBio doesn’t just help companies break into Chinese and Asian markets, it also gives patients in those regions access to medicines through its relationships.

LianBio uses its partnership with Perceptive Advisors to “help identify what we believe as best-in-class science across a wide range of therapeutic areas,” Poukalov said.

For now, the company is primarily investing in oncology and cardio-renal therapies, including those from MyoKardia and two BridgeBio Pharma companies, Navire Pharma and QED Therapeutics. In the future, the company hopes to break into areas including neurology, inflammatory diseases, ophthalmology and potentially rare diseases further down the line.

With the new funding, LianBio plans to continue its trajectory and build upon it.