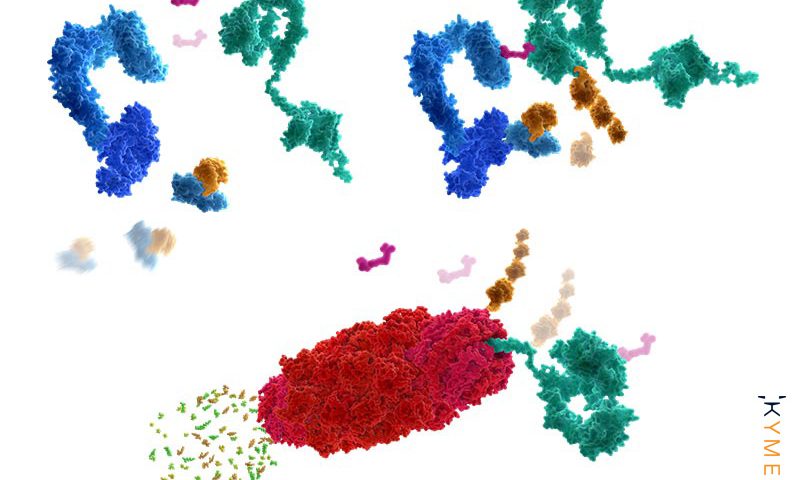 Kymera Therapeutics is plotting a big transition in 2020. After spending four years building the company around its protein degradation technology, it’s setting its sights on the clinic—and it’s just bagged $102 million to do so.

The series C round comes from a group of “top-tier investors” including Biotechnology Venture Fund, Redmile Group and Bain Capital that are “aligned with the mission of the company, which is the discovery, development and also the commercialization of degrader drugs,” CEO and co-founder Nello Mainolfi told FierceBiotech.

Kymera’s approach makes use of the body’s protein degradation machinery to get rid of disease-causing proteins. The new capital will see up to three programs into human trials over the next 12 to 16 months, Mainolfi said. It will also fund the ongoing development of its protein degradation platform, dubbed Pegasus, allowing the company to discover and advance new treatments.

Cambridge, Massachusetts-based Kymera has disclosed two targets it’s attacking in cancer and inflammatory and immunological diseases. Its lead program targets IRAK4, a protein involved in disease signaling pathways. The company plans to test the treatment in healthy volunteers at the end of this year or early next year, Mainolfi said.

After that, Kymera will move the treatment into its first disease indication, hidradenitis suppurativa, a chronic inflammatory disease that affects the sweat glands and has no cure. Current treatments vary from patient to patient and depend on the severity of their disease. Around the same time, sometime in mid-2021, Kymera will start testing the IRAK4 program in lymphoma patients whose cancer is driven by mutation in the gene MYD88. Kymera also picked up funding from The Leukemia & Lymphoma Society’s Therapy Acceleration Program for its blood cancer efforts.

The company’s second program targets the transcription factor STAT3, which plays a role in autoimmune and inflammatory diseases as well as cancer. Its first focus will be blood cancers, but it plans to move into solid tumors later, Mainolfi said.

As it pushes its treatments through the clinic and toward patients, Kymera will apply that experience to its earlier-stage pipeline: “We have the ability to learn and translate that back to inform the next wave of degrader programs,” Mainolfi said.