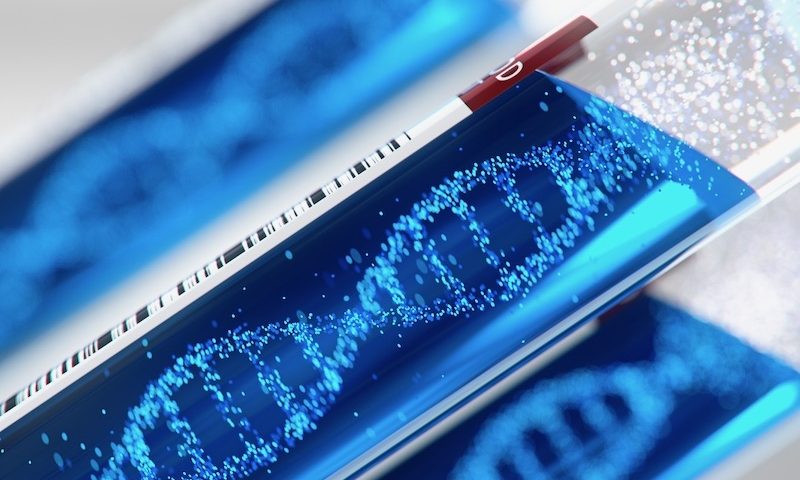 PARP inhibitors like Lynparza from Merck and AstraZeneca have been effective in some patients with ovarian and breast cancers, but many develop resistance to the drugs, and some people don’t respond at all. KSQ Therapeutics hopes to provide hope for those patients with a first-in-class drug that may be able to boost Lynparza’s effectiveness when used in combination with it—and the company has rolled out promising animal data to back up that strategy.

KSQ’s drug inhibits ubiquitin specific peptidase 1, an enzyme that has been shown to promote the survival of cancer cells by facilitating DNA repair. The drug, dubbed KSQ-4279, inhibited tumor growth both on its own and when combined with Lynparza in mouse models of ovarian and triple-negative breast cancers, the company reported during a presentation at the EORTC-NCI-AACR Symposium on Molecular Targets and Cancer Therapeutics.

KSQ discovered the drug using a technology platform it calls CRISPRomics, which allows its researchers to identify therapeutic targets by applying CRISPR-Cas9 gene editing to the whole genome. The company has used the platform to study 20,000 human genes in 600 cancer models.

In multiple animal models of ovarian cancer and triple-negative breast cancer, combining KSQ-4279 with Lynparza was more effective than either drug on its own. The combo approach prompted a complete response in some of the breast cancer models.

PARP inhibitor combinations are gaining steam in the oncology market. In May, the FDA approved a combination of Lynparza with Roche’s VEGF inhibitor Avastin to treat ovarian cancer with or without BRCA mutations.

As for KSQ, it has grown quickly over the last few years, raising $76 million in 2017 and another $80 million a year later to advance its lead programs, one of which is a T-cell therapy for solid tumors that are resistant to PD-1 immune checkpoint inhibitors. KSQ-4279 is now its lead program, and the new data in ovarian and breast cancers give the company “confidence” to advance the drug into clinical trials “as a novel agent in a new class of targeted oncology treatment,” Stegmeier said.

Bayer to pay $2B for AskBio to drive gene therapy expansion

Alnylam makes case for lumasiran in infants ahead of FDA ruling