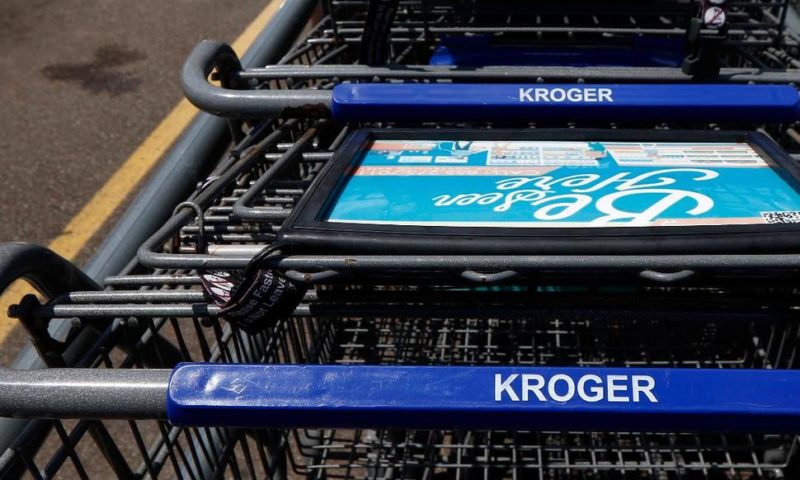 CINCINNATI — Kroger’s costly modernization plan may eventually help it compete with retailers like Walmart. But in the meantime, it’s a big drag on profits.

At issue is its three-year Restock Kroger initiative, which aims to increase digital sales, equip stores with pickup and delivery, improve store layouts and invest in popular brands. Last year was the first full year of the initiative, and Kroger says it is already seeing some upsides.

Kroger CEO Rodney McMullen noted that the company’s natural and organic Simple Truth brand saw sales grow 15 percent to $2.3 billion last year. The company also said digital sales grew 58 percent last year to an annual run rate of $5 billion. It expects that to grow to $9 billion at the end of this year.

Kroger, which also operates Ralphs, Harris Teeter and other stores, said it now offers grocery delivery at more than 2,000 stores and grocery pickup at 1,600 locations. That’s more than rival Walmart on delivery, but fewer than the 2,100 Walmart stores that offer grocery pickup.

Adding those services, however, has taken a toll. The Cincinnati chain posted net income of $259 million, or 48 cents per share. That’s down from last year’s $854 million. Per-share earnings were four cents short of Wall Street expectations, according to a survey by FactSet.

Kroger shares fell more than 12 percent Thursday in its worst day of trading this year.

“We understand and acknowledge that we have our work cut out for us, and the market showed that this morning,” McMullen said on a conference call for analysts and investors. “But I want to emphasize that we’re incredibly confident about the future of Kroger.”

Kroger invested $3 billion last year and expects to at least match that this year. But sales dropped 9.5 percent in the final three months of the year to $28.1 billion, which was also short of analyst projections.

Gross margins, excluding fuel, an extra week in the quarter and other factors, declined 93 basis points from the same period a year ago due to pricing changes and investments in the supply chain. JPMorgan analyst Ken Goldman said that was the biggest decline since the fourth quarter of 2009.

“This suggests deteriorating core supermarket fundamentals, in our view,” Goldman wrote in a note to investors.

Kroger’s guidance for 2019 also left investors feeling cold. The company said it’s targeting net earnings of $2.15 to $2.25 this year, which would be at the lower end of analysts’ expectations.

Stocks slide as global growth concerns move to the fore

Consumer Borrowing up in January With Credit Card Rebound