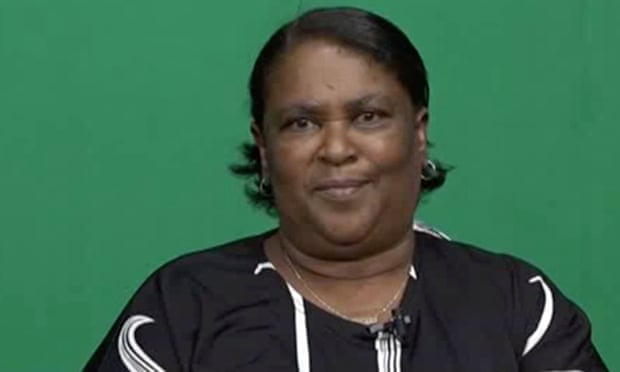 In 1973, hundreds of citizens were deported from their home. One woman tells her story

On Monday, the UK’s claim of sovereignty over the remote Chagos Islands in the Indian Ocean was ruled illegal by the UN’s highest court, which told Britain to hand them back as soon as possible. Although the majority decision by the international court of justice in The Hague is only advisory, it represents a significant defeat for the UK.

Decades of forced exile have dispersed Chagossian communities around the world. Most live in the UK, Mauritius or the Seychelles. None have been allowed to return. Monday’s judgment by the ICJ has raised their hopes that they may eventually be able to reclaim their homes.

Marie Liseby Elysé was born on the island of Peros Banhos in 1953 but forcibly evicted by colonial administrators in 1973. She travelled to The Hague last September to give evidence about her experiences. Here, she tells her story:

“In Chagos everyone had a job, his family and his culture. All that we ate was fresh food. Ships which came from Mauritius brought all our goods.

But one day the administrator told us that we had to leave our island, leave our houses and go away. All persons were unhappy. But we had no choice. They did not give us any reason.

Ships which used to bring food stopped coming. We had nothing to eat. No medicine. Nothing at all. We suffered a lot. But then one day, a ship called Nordvaer came.

The administrator told us we had to board the ship, leaving everything, leaving all our personal belongings behind except a few clothes and go. When we boarded the ship, conditions in the hull of the ship were bad. We were like animals and slaves in that ship.

People were dying of sadness in that ship. And as for me I was four months pregnant at that time. The ship took four days to reach Mauritius. After our arrival, my child was born and died.

The consequences of the UK’s mass deportation of Chagossians have reverberated down the generations, disrupting the lives of their descendants. Taniella Moustache, 18, who lives in Milton Keynes, was among the third-generation Chagossians who were facing deportation from the UK last year.

Her grandmother was among those forcibly evicted by the British government from the Chagos Islands in 1971 and resettled in the Seychelles.

Her mother, Jeanette Valentin, who was born in the Seychelles, subsequently came to Britain but was told that her daughters do not automatically qualify for UK citizenship. The Home Office maintains that citizenship is normally only passed on to one generation born abroad.

Valentin told the Guardian last year: “[The UK government] removed my family and put a military base there but now don’t want my kids to be British citizens. The Home Office said they cannot give my children British passports because they were not born in England.

“They say I have to apply for citizenship but I cannot afford it. It is a lot of money, around £1,600 per child. I get paid only £600 to last every two weeks and my rent is £600 … sometimes I don’t have enough money to eat. The children of those who relocated should automatically be given citizenship.”