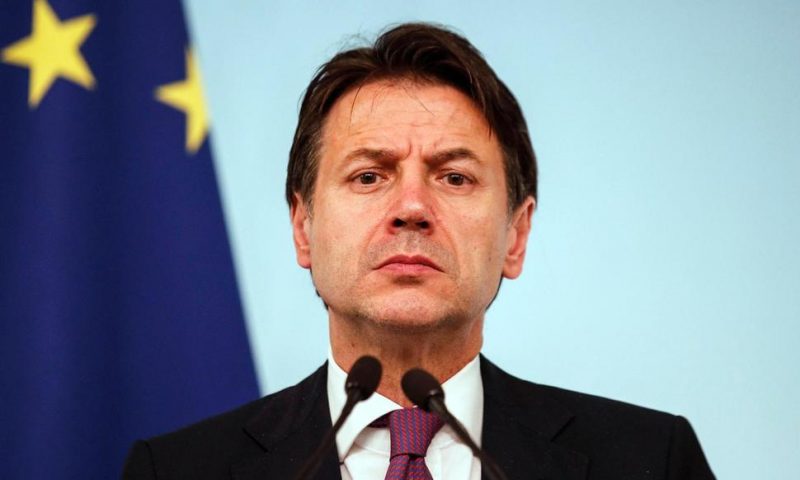 Italy has given steelmaker ArcelorMittal a few days to agree to a plan to keep operating a southern Italian plant.

ROME — Italy has given steel maker ArcelorMittal a few days to agree to a plan to keep operating a major southern Italian steel plant, where the company says legal challenges and a “climate of hostility” will hinder its business plans.

Political pressure was building Thursday both within Italy’s squabbling center-left government and the center-right opposition to keep the Taranto plant operating and avoid the thousands of layoffs that could result if ArcelorMittal backs out or slashes production.

The French-Indian steelmaker balked at continuing to operate the steel plant after the Italian government recently removed immunity from prosecution in case of environmental damage. But in a letter sent Monday by the company’s Italian CEO, Lucia Morselli, ArcelorMittal also cited various legal challenges and other difficulties it claims thwarts production goals set out in a deal with Italy.

ArcelorMittal is currently leasing the steel plant under a contract obliging it to acquire it. The company now says it has a right to get out of the contract since conditions governing it allegedly are no longer being met.

Premier Giuseppe Conte huddled for three hours with Indian tycoon Lakshmi Mittal and the business executive’s son on Wednesday in what he later described as a failed effort to convince ArcelorMittal to change its mind.

Conte told reporters late Wednesday night that the government offered to restore the immunity from prosecution, but that ArcelorMittal wanted more, including significant layoffs and steel production goals lower than what the original deal envisioned.

The premier rejected as “unacceptable” the steelmaker’s plan to cut 5,000 jobs.

Italy’s economic development minister, Stefano Patuanelli, who is from the anti-establishment 5-Star Movement, said that ArcelorMittal “isn’t able to respect its industrial plan, and it can’t be the workers (and the city of) Taranto to pay.”

Southern Italy is plagued by high unemployment. For years, Taranto citizens have blamed the plant for local health problems, and some have proposed the plant be closed, with the workers trained for new jobs in environmental cleanup.

The minister said the company wants to cut annual production to 4 million tons. Addressing lawmakers Thursday, Patuanelli noted that ArcelorMittal won the contract with a pledge to produce 6 million tons of steel, eventually raising that to 8 million tons from 2024.

A spokeswoman for ArcelorMittal said the company had no immediate comment after Conte’s invitation for more talks.

Bank of England Warns Over Global Economic Hit to UK