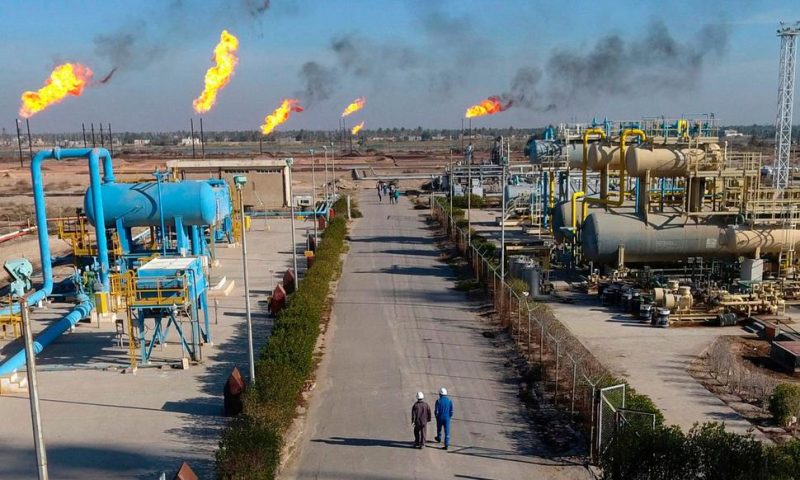 The prime minister of Iraq says he has instructed his country’s Oil Ministry to finalize an agreement with global energy giants ExxonMobil and PetroChina to lead a $53 billion megaproject to boost oil production.

The 30-year project would boost output from Iraq’s southern oil fields, and includes designs to capture natural gas, which is currently lost to flaring, for production, Abdel-Mahdi said at a press conference.

“This is an enormous project and will produce tens of thousands of jobs,” Abdel-Mahdi said. The government projects Iraq will capture $400 billion in revenues over the life of the investment, the prime minister said.

Iraq is producing oil at record levels, but officials are targeting even higher output to meet budget projections and finance reconstruction projects following 16 years of war.

Output averaged 4.5 million barrels per day in March, second only to Saudi Arabia in OPEC, according to data from the global oil consortium.

Water injection is key to boosting production from oil fields around Basra, in south Iraq, as decades of extraction have sapped the subterranean pressures that push crude naturally toward the surface.

Water can be pumped into hydrocarbon formations to make up for the falling pressure and force oil to the surface, but the process is highly energy-intensive to clean, deoxygenate, and nearly desalinate the seawater before injection.

Last week, Abdel-Mahdi, in Berlin, announced that Iraq had agreed to a $14 billion “roadmap” with German industrial giant Siemens to rebuild the country’s crumbling electricity sector.

Linking the two announcements on Tuesday, the prime minister said ramping up power generation through electricity sector investment would be vital to the success of the oil fields megaproject.

The prime minister said his Cabinet has instructed Iraq’s Oil Ministry to finalize an arrangement with ExxonMobil and PetroChina. He said the “principles” of an agreement have already been reached.

Mexico Says Tariffs Will Send Tomato Prices Soaring in US