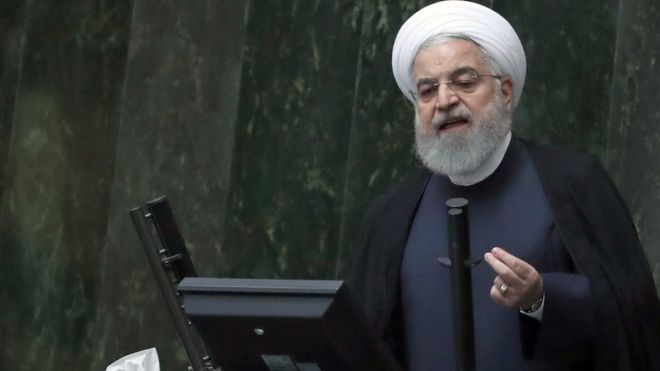 Iran is to lift all limits on nuclear research and development – the latest step in reducing its commitments to the 2015 nuclear deal with world powers.

President Hassan Rouhani said that from Friday the country would begin developing centrifuges to speed up the enrichment of uranium.

Last year, the US withdrew from the 2015 deal and reimposed punishing sanctions against Iran.

It breached the 300kg (660lb) limit on its stockpile of low-enriched uranium and exceeded the 3.67% cap on the purity of its uranium stocks.

Low-enriched uranium, which has a 3-5% concentration, can be used to produce fuel for nuclear power plants. Weapons-grade uranium is 90% enriched or more.

Iran has repeatedly stated that its nuclear programme is exclusively for peaceful purposes.