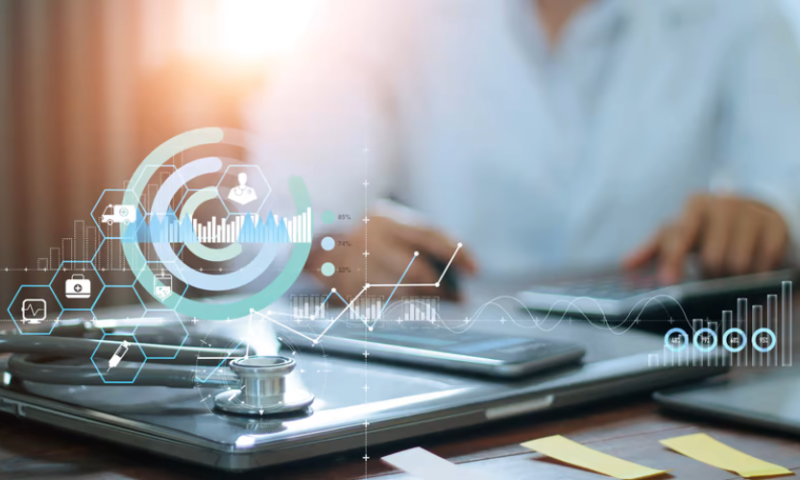 Gary Shorter, head of AI and data science at healthcare data goliath IQVIA, is not in a rush as he incorporates machine learning into the company’s suite of services. But he acknowledges that he’s onto something.

“Some people think, ‘Oh, you’ve got the golden egg,’” he said in an interview with Fierce Biotech. “It’s in incubation to a certain extent.”

But what does momentum, or better yet, a “golden egg,” look like when you’re talking about building behind-the-scenes machine learning software? It’s hard to pinpoint, but for Shorter and IQVIA, it’s been the development of models that can be used to design “virtual assistants” to better help clients.

The most recent example of this came during the pandemic, when IQVIA used data collection to pinpoint where COVID cases were mounting so health agencies could deploy resources like testing. The same technology was used for IQVIA to predict where the best locations would be to set up COVID-19-related trials.

Automation and machine learning have become such focal points for the company because IQVIA is, above all, the go-to source for a plethora of healthcare data companies and agencies rely on to make decisions. Shorter says the objective of his work is to help companies more efficiently run their clinical trials by utilizing the data that are collected. That could take shape in a number of different ways, from suggesting where a company sets up a trial to automating a company’s trial master file. Shorter says some of these microservices have started to be implemented and will continue to be rolled out, but he also added a note of caution.

“Our products right now are there; they’re being built to add in these microservices, and, over time, they will continue to be adding microservices,” he said. “I’m a little bit more cautious from the point of view of where everybody views that.”

Shorter’s cautiousness is rooted in his experience. He has worked his entire career in statistics, including a four-year stint at Pfizer as global manager of statistics. He joined IQVIA in 2003 and has been rising up the ranks ever since, from director of stats to leading a team over more than 50 to incorporate artificial intelligence into the company’s suite of offerings.

Now, as he builds out the company’s data and technological infrastructure, he’s not naive about its limitations. For starters, Shorter acknowledges that using AI to identify biomarker or genetic data from a trial is difficult due to the amount of data available. He also recognizes that human experts are critical to helping validate the company’s tech so it’s compliant with regulations. Nonetheless, Shorter knows there’s a home for automation.

“We don’t feel that there is any sort of complete, 100% artificial intelligence,” he said. “There is, however, augmented intelligence, and it can make things a lot more efficient.”

Jazz, Werewolf to howl at the moon together in $1.26B backloaded biobucks pact