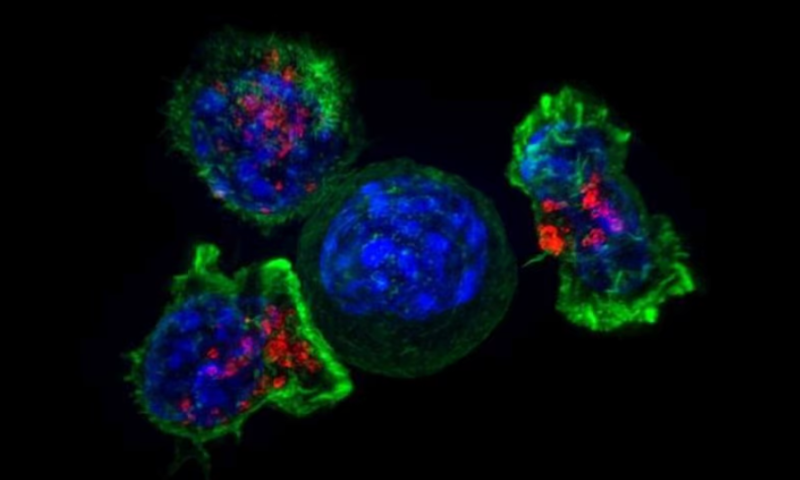 Now, a research team led by scientists at the University of California, San Francisco (UCSF) has uncovered that a gene called RASA2 is important to the regulation of T-cell immunity. Using CRISPR to inactivate the gene helped TCR and CAR T cells become more resilient and sensitive than control cells and prolonged survival in mice carrying either liquid or solid tumors, the team reported in a study published in Nature.

“By knocking out one individual gene, we’ve created cells that are not just potent tumor cell killers but also more persistent killers over a long period of time,” Julia Carnevale, M.D., at UCSF and the study’s first author, said in a press release.

“We’ve succeeded in engineering better, stronger, longer-lived T cells that we think will improve treatment of both blood and solid cancers,” Alex Marson, M.D., Ph.D., at UCSF and a co-leader of the study, said in the release.

Cell therapies that are engineered from a patient’s own T cells face multiple challenges in their fight against cancer. Tumors create a hostile microenvironment for T cells to survive, and repeated exposure to tumor antigens could also lead to T-cell dysfunction.

Looking for genetic clues that could boost the efficacy of engineered T cells, the UCSF-led team developed a model that mimics the multiple immunosuppressive conditions in tumors and performed large-scale CRISPR screens to turn off each gene.

The researchers identified several immune regulators that could help T cells resist those suppressive conditions. Among the hits, the scientists took a special interest in RASA2, because they had previously linked removal of the gene to enhanced T-cell function and improved cancer killing in lab dishes without the immunosuppressive environment.

The team also engineered CD19-targeted CAR-T cells with either disrupted RASA2 or a functional gene and co-cultured them with leukemia cells expressing various levels of CD19. Some patients eventually fail CAR-T treatment because tumors can reduce target antigen expression in a phenomenon known as antigen escape so that the T cells can’t recognize them anymore.

The current UCSF-led study showed that “RASA2 ablation increases the potency and the persistence of T-cell therapies, two key domains in which these therapies have been failing clinically,” the researchers wrote in the study. With the ability to fight immunosuppressive factors, RASA2 loss represents “a promising new strategy for generating more effective T cell therapies for hematological and solid tumor indications.”