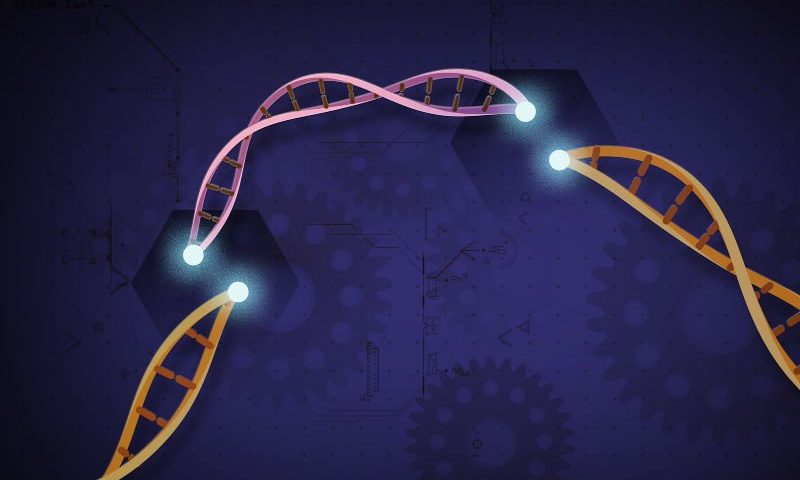 Investor excitement over the development of products that can be injected directly into patients to correct inherited diseases, or “in vivo gene editing,” has largely been fueled over the past few months by Intellia Therapeutics and its experimental therapy NTLA-2001 to address the rare liver disease transthyretin (ATTR) amyloidosis. But Intellia’s huge run—its stock is up 70% year to date—has overshadowed some of the players in the field, including LogicBio Therapeutics, which has seen its shares lose half their value this year.

Investors may still be underestimating the potential of in vivo gene editing, however. That was the conclusion reached by analysts at Jefferies after they examined new animal data that Intellia and LogicBio presented at the European Society of Gene and Cell Therapy (ESGCT) conference last week.

At the ESGCT event, Intellia presented updated data demonstrating a second step in the process, which involved knocking out the abnormal SERPINA1 gene after inserting the healthy version.

“This insertion followed by knockout led to the continued production of normal human levels of functioning A1AT protein—substantially higher than what has been seen with other treatment approaches—as well as reduction of the disease-associated protein,” Intellia said in a statement. The ability to complete both steps would be vital for treating diseases that manifest in both the lung and the liver, like AATD, the company added.

The primate data “showed impressive control of [Intellia’s] tech” for inserting one gene and then knocking out another, Jefferies analysts said in a Monday report. They have a price target on the company’s stock of $195. It’s currently trading around $132.

NTLA-2001, which is partnered with Regeneron, is in early-stage clinical trials, as is NTLA-2002, an in vivo therapy Intellia is developing to treat hereditary angioedema. The company has not yet disclosed a timeline for moving its AATD therapy into clinical trials.

LogicBio is taking a different approach to correcting hereditary liver diseases. Its platform technology, GeneRide, delivers functioning copies of defective genes into cells’ nuclei, setting off natural DNA-repair mechanisms that insert the functional gene into the chromosome. At ESGCT, LogicBio presented data on the use of GeneRide in mouse models of two inherited liver diseases: hereditary tyrosinemia type 1 (HT1) and Wilson disease.

In the HT1 models, GeneRide-treated hepatocytes replaced diseases hepatocytes in the liver within four weeks of treatment, LogicBio announced. The animals no longer required chronic drug treatments for the disease and their liver function returned to normal, the company said.

In the models of Wilson disease, which causes a toxic copper buildup, hepatocytes corrected with GeneRide spread through the liver, improving organ function and reducing the amount of copper excreted by the animals, the company said.

LogicBio had previously reported similar results in mouse models of methylmalonic acidemia (MMA), and a few days before the ESGCT event, it described data from a phase 1/2 trial of GeneRide in children with MMA, a disorder in which the body cannot break down some fats and proteins. The therapy inserts a corrected copy of the MMUT gene with the goal of restoring a protein to correct the condition.

The company announced that biomarker levels in two pediatric patients indicated successful insertion of the gene, and the FDA cleared the company to continue enrolling children as young as six months and to try a higher dose of the treatment in some patients. LogicBio has promised to release additional data from that trial by the end of the year.

LogicBio hasn’t had quite as easy a ride with investors as Intellia has, however. Last year, the FDA slapped a hold on the MMA trial due to safety-monitoring concerns, prompting the company to revise the protocol.

Still, Jefferies analysts saw reason for optimism in the mouse data presented at ESGCT. “Data in these unique mouse models provides some [additional] support” for LogicBio’s mechanism of action, they said in the new report. They’re so optimistic, in fact, that they predicted LogicBio’s shares would jump from the current price of about $4 a share to $18.