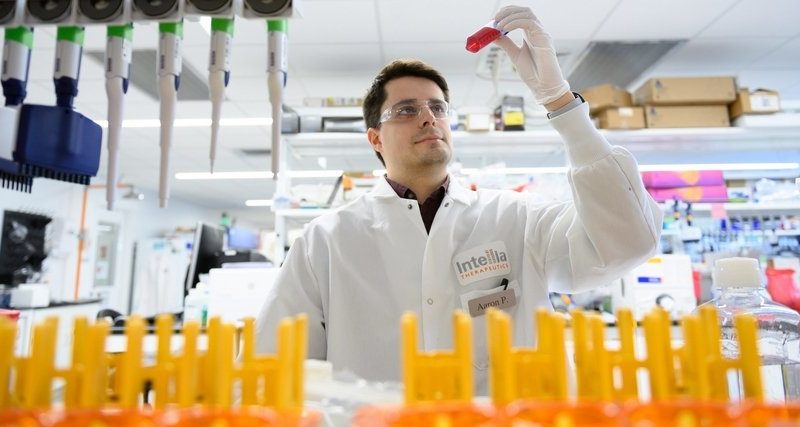 After making headlines this summer with first-in-human gene editing results, Intellia’s next therapy has officially landed in the clinic in patients with hereditary angioedema (HAE).

The company said it Monday is had dosed the first patient in the phase 1/2 clinical trial of NTLA-2002.

The therapy is in development as a single-dose treatment to prevent the serious swelling attacks characteristic of HAE. NTLA-2002 is designed to inactivate the gene kallikrein B1 and reduce plasma kallikrein activity, which is implicated in HAE attacks. NTLA-2002 is a CRISPR/Cas9 therapy delivered intravenously and deployed to the liver.

In HAE, patients experience recurring attacks of severe swelling in various parts of the body, including the hands, feet, face and throat. Attacks that affect the airway can be fatal. Episodes can be triggered by physical or emotional trauma.

Back in June, Intellia and its partner Regeneron showed for the first time that gene editing can work in a human with NTLA-2001, which is in early testing in the rare disease transthyretin (ATTR) amyloidosis. The company had promised to land a few more assets into the clinic before the end of the year, and now they have followed through.

Leonard told Fierce Biotech in October that the biotech is not looking to sell to a Big Pharma, but will instead seek out smaller deals to bolster its existing CRISPR/Cas9 expertise. NTLA-2002 is one of two therapies that have been cleared for human testing, the other being an ex vivo CRISPR genome-editing cancer candidate called NTLA-5001.