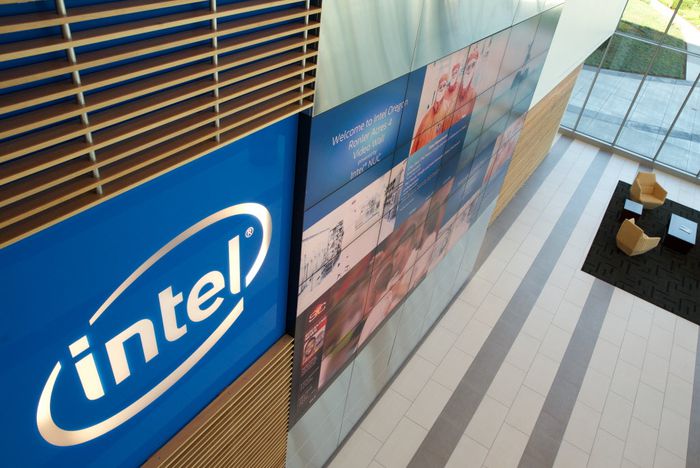 Intel shares climbed more than 5% in after-hours trading Thursday to the highest point in more than two decades after the chipmaker reported strong quarterly sales results and said it expects continued growth in 2020 and beyond.

At the same time, the company acknowledged it plans global reductions in its workforce. Intel said the cuts affect a relatively small portion of its workforce — fewer than 1%.

“Our ambitions have just never been greater,” CEO Bob Swan told investment analysts Thursday. “We realize it’s an increasingly competitive world and we feel like we’re well positioned to deal with it.”

The Oregonian/OregonLive and tech news sites reported over the past week that Intel plans broad – but not deep – layoffs across its business groups. Intel disclosed Thursday that its workforce had already been shrinking, declining by about 1,100 jobs in the last three months of 2019.

Intel didn’t explain the reason for those past reductions but said the additional cuts announced Thursday reflect the company’s changing business needs.

“Wherever possible, we’ve transitioned employees or teams within the company to areas of business need, and we expect this to impact less than 1% of our global workforce,” the chipmaker said in a written statement.

“We are committed to treating all impacted employees with professionalism and respect, and we continue to hire for critical skills, with more than 1300 positions open in our key locations in the US and globally,” Intel said.

The company gave no indication of what kinds of jobs it plans to cut and where it expects to grow.

Intel’s sales grew 8.3% in the last three months of 2019 and 1.6% for the entire year. The company had initially forecast a down year in 2019 but its outlook improved steadily as the year went on.

“Intel had a great Q4 in spite of increased competition and supply challenges,” industry analyst Patrick Moorhead said in an email Thursday. He said Intel’s near term goal should be a smooth rollout of its next-generation 10-nanometer microprocessor, which has been delayed for years but began hitting the market late last year.

That long delay enabled Intel’s rivals to catch up, and perhaps surpass, Intel’s leading-edge technology. Swan said Thursday the Intel expects to return to a two-year cadence for introducing new chips and expects its forthcoming 7nm processors by the end of 2021.

Intel struggled throughout 2019 to deliver as many the chips as customers wanted, costing the company revenue and putting a ceiling on its clients’ own sales. Intel apologized for the shortages last year.

On Thursday, Swan told investment analysts that constraints remain, but he said the company intends to increase its production capacity by 25% this year and expects the shortages will end during 2020.

Earlier this week, industry research site Gartner said Intel has reclaimed its position as the world’s largest chipmaker. It’s a position Intel held for years but surrendered in 2017 amid slower sales growth and a sharp rise in demand for memory chips, a Samsung specialty.

That situation has reversed. Memory chip sales fell by an enormous 31.5% last year, according to Gartner. That stung Intel, which now has its own memory business, but the effect was much more significant at Samsung, which depends on memory chips for more than 80% of its revenue.

Intel’s shares climbed $3.38 to $66.70 Thursday afternoon in after-hours trading after Intel’s quarterly announcement. That is its highest point since the dot-com era.

New insights about the brightest explosions in the Universe