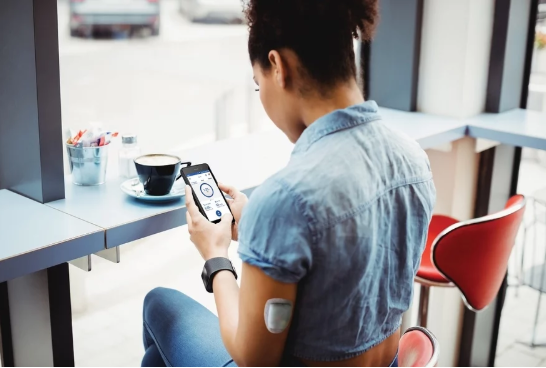 Abbott and Insulet have launched a collaboration to integrate the former’s continuous glucose monitoring system with the latter’s tubeless insulin pump, with the goal of providing a new, automated diabetes health platform.

The integrated delivery device—which will link Insulet’s hybrid closed-loop Omnipod Horizon system, currently in a pivotal trial, with Abbott’s FreeStyle Libre continuous monitor—will be controlled via an app on the user’s personal smartphone.

Insulet also announced a separate commercialization agreement with glucose monitor maker Dexcom, which will see its current and future CGM systems connected to the Omnipod Horizon system as well.

In both, glucose data from the sensors will power Insulet’s predictive algorithm for determining insulin doses, without the need for connecting additional devices or managing tubing, according to the companies. Meanwhile, the app can be used to trigger a bolus of fast-acting insulin when needed, such as before meals.

“As interoperability becomes increasingly important, our approach to automated insulin delivery will change the future of blood glucose management by offering consumers greater choice in algorithms, sensors and overall experience,” Insulet President and CEO Shacey Petrovic said in a statement.

Additionally, Abbott and Insulet expect the new platform’s wearable sensor and pump to be fully disposable, with products and supplies being sold through pharmacies.

Insulet’s latest agreement with Dexcom builds upon their previous tech integration work and formalizes their plans to commercialize the Omnipod Horizon, with a launch slated for the second half of this year.

“Everyone at Dexcom is excited to be in the final stages of integrating Dexcom CGM technology into the Omnipod Horizon System,” said Kevin Sayer, Dexcom’s executive chairman, president and CEO. “This system will bring together the demonstrated accuracy of Dexcom CGM with Omnipod’s tubeless insulin delivery Pod which provides a simple user experience and freedom from injections and tubes.”