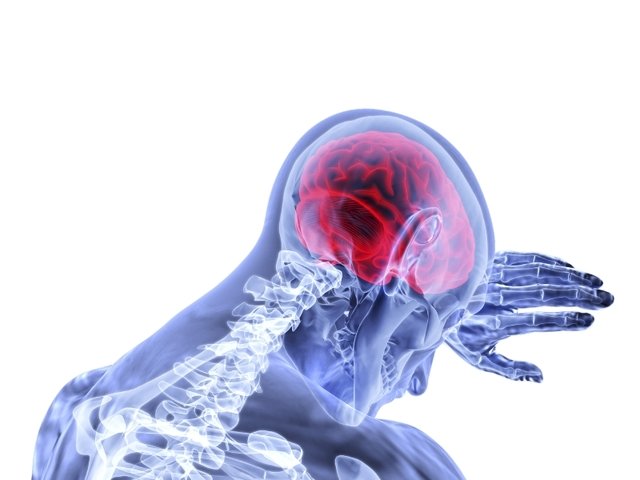 Patients with difficult cancers have seen a massive influx of new treatment options and hope for prolonged survival in recent years—except for those with the aggressive brain cancer glioblastoma.

Inovio is hoping to change that with a new DNA medicine combination of INO-5401, INO-9012 and Regeneron-Sanofi’s PD-1 inhibitor Libtayo. The Plymouth Meeting, Pennsylvania-based biotech is conducting a phase 1 clinical trial called GBM-001 that will provide early data in a quest to extend the lives of newly-diagnosed patients beyond the three to five years that is currently the norm.

“This is still such an impossible tumor to treat,” said Jeff Skolnik, M.D, Inovio’s senior vice president of clinical development. While immune checkpoint inhibitors have taken off in metastatic lung cancer and other indications, boosting survival and prolonging progression, “GBM has seen none of those benefits.”

Globlastoma has long stymied the pharmaceutical world, even as breakthrough therapies changed the landscape in other cancers. Skolnik, who is still a practicing physician at the Children’s Hospital of Philadelphia despite his role at Inovio, said this type of brain cancer has typically spread throughout the brain by the time it’s diagnosed.

Treatment options are surgery, chemotherapy and radiation, but they can only go so far for obvious, if not sobering, reasons: “You can go for breast cancer, you can go for a prophylactic mastectomy and completely avoid recurrence of breast cancer by simply removing 100% of the breast tissue. You can’t do that with the brain. That’s incompatible with life,” Skolnik said.

Once surgery is done, oncologists have to treat what’s left, and in glioblastoma, it’s an uphill battle. The tumor has a notoriously hostile micro-environment that loves to bat away immune cells.

Inovio certainly is not alone in trying to finally break the code on glioblastoma, but the pipeline is not as rich as some other cancers that have become intense targets of immunology research. And Inovio has never had a therapy cross the finish line and become a marketed drug. The company—classified as a late-stage biotech—has a COVID-19 vaccine product that’s probably furthest along, but that program recently hit a wall when the FDA shut down a government-sponsored study because of the proliferation of vaccines in the U.S. Inovio has several other cancer hopefuls, including a program with AstraZeneca in head and neck cancer and HPV.

So why Inovio? Skolnik said the glioblastoma program “builds on the totality of data we have specifically in the immune space,” and is expected to one day be part of a much larger oncology portfolio.

Bright sides are hard to find in the ongoing pandemic—but for a company like Inovio, the approval of mRNA vaccines has boosted the technology to the forefront.

“For better or worse, since the COVID pandemic that concept of nucleic acid therapeutics and the validation of those therapeutics has sort of become household terminology,” Skolnik said. “We’re really building and utilizing that exact same type of technology.”

Inovio’s technology uses synthetic DNA to build antigen specific T cells inside the body. But instead of attacking a virus like in the vaccine programs, Inovio’s combo is designed to attack common tumor-associated antigens that are over expressed in glioblastoma.

“The idea is … Inovio builds a T cell army that’s antigen specific. It goes after the tumor cell, the PD-1 inhibitor revs those cells up, gets them activated and allows that combination, potentially, to benefit the patient,” Skolnik explained.

Some genetic differences exist in glioblastoma patients. Skolnik explained that patients are split by a biomarker called MGMT promoter methylation status. Patients whose tumors are not methylated tend to have a worse prognosis. Inovio’s treatment could potentially be used for both types of patients, but the clinical trial may provide some clues about who might benefit the most.

“Ultimately, the question is, why are some patients doing better than others? Who are the patients that could benefit the best from this? Will it be everybody at the end of the story?” Skolnik said.

At the one year data cut off in the trial, 85% of patients were still alive, which Skolnik called very encouraging. At 18 months, 70% of methylated and 55% of non-methylated patients were alive. Inovio will release two-year data later this summer after the June cut off. The trial is now yielding different data beyond the survival rates that can help in future trials, according to Skolnik.

Inovio, which has fully sponsored the glioblastoma study, is currently having conversations about the next clinical step for the INO-5401 and INO-9012 combination. While the company has not formally partnered with Regeneron, Skolnik said the two companies have collaborated well on the trial, with Regeneron offering up Libtayo. He hopes that will continue as the combination moves into later development.

As for when the combo might be put to regulators, Skolnik said the FDA wants to see randomized data for trials like this, which Inovio has not done yet. The company’s next step is likely to try to compare the combo with standard of care.

Science 37 taps a SPAC to go public, with siteless trial specialist valued at a cool $1B