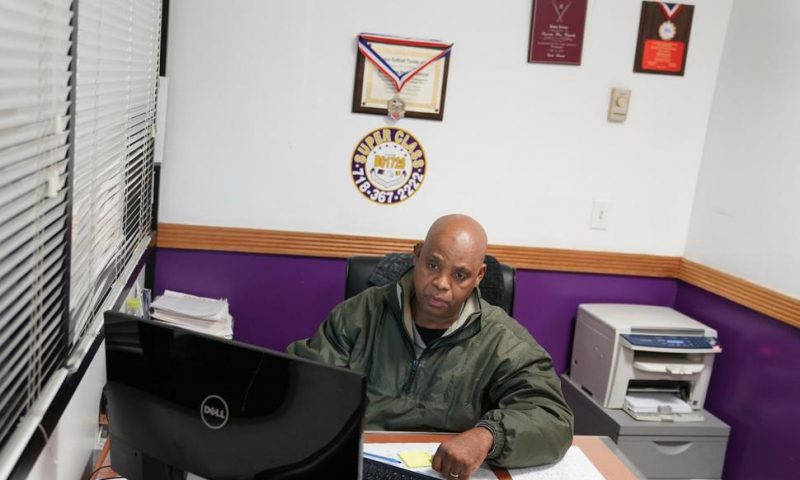 In low-income New York neighborhoods with no yellow cabs and sparse public transport, residents have long relied on livery cabs.

NEW YORK — As a livery cab driver in the Bronx for more than a decade, Orlando Lantigua knows some of his customers well. If they don’t have money to pay today, they can pay him later. He often gets dispatched by his base station to pick up children and take them to school, without their parents in the car.

“That’s how much parents trust the base. We are part of the community,” says Lantigua, a 58-year-old Dominican immigrant who lives in the Bronx.

In the outer boroughs and low-income New York neighborhoods — where yellow cabs rarely go and public transportation is sometimes sparse — residents who lack smart phones or credit cards have relied on livery cabs for generations.

But the businesses, many times owned by Latino immigrants, are dwindling rapidly: There were nearly 22,000 livery cabs in New York in 2015, and there are approximately 9,600 now, according to the city’s Taxi and Limousine Commission.

More than 100 livery cab bases have closed their doors since 2015, when ride-hailing apps like Uber and Lyft began to provide a large number of trips, cutting into their business. This year alone, 46 have shut down. By law, livery cabs, which are also often used for airport trips, cannot be hailed in the street but are authorized to pick up paying passengers when booked by phone.

“We are in a serious crisis,” says Cira Angeles, spokeswoman for the Livery Base Owners Association.

Lantigua says he earns less each year and spends more on complying with fees and rules.

In 2018, the City Council agreed to cap the number of vehicle licenses for ride-hailing services to reduce traffic congestion and increase drivers’ salary in the wake of the explosive growth of for-hire vehicles.

But that measure, aimed at giants like Uber, has inadvertently pummeled livery cab companies, which are now asking to be exempt from the cap and be given their own specialized license, claiming that the city needs to look at them individually instead of coming up with a one-size-fits-all solution that is putting them on the path to extinction.

Because of the cap, they say, they can’t replace drivers who retire or who can’t renew their licenses due to pending tickets. Super Class Radio Dispatch, which Lantigua drives for, had more than 250 drivers about five years ago, according to Fidel Farrell, one of the base’s owners. Now it has about 175.

“Our communities are suffering, we are losing our livelihoods because of blanket approach policies,” said Angeles. Some residents in places like Washington Heights, a heavily Latino neighborhood in upper Manhattan, prefer to be transported by “the guy in the corner they have known for years,” she said.

Customers of livery cabs are also used to calling a number and speaking with a dispatcher — often a multilingual one.

William Heinzen, TLC’s acting commissioner, acknowledged recently during a hearing in City Hall that livery cabs are in a tight spot but explained that they are exempt from some of the new regulations that affect ride-hailing apps, like a cap on how long they can cruise without a fare in Manhattan’s congested areas and requirements for collecting data on their rides. Heinzen said he supports the concept of a Livery Task Force, which would analyze the issue, and said the TLC has reduced many penalties for drivers.

Ydanis Rodríguez, chairman of the City Council’s Transportation Committee and a former livery cab driver, is asking the city, among other things, to eliminate driver’s debt associated with penalties.

“We have to treat this industry with respect and dignity because it is key for the immigrants who live here,” he said.

Alix Anfang, a spokeswoman for Uber, said the company does not favor a special license for community cabs.

“While we agree that Mayor (Bill) de Blasio’s regulations are hurting drivers across the city, this proposal would limit drivers’ choice by ending their ability to partner with various bases and companies,” she said. Many livery cab drivers also work for ride-hailing apps.

Antonio Rosario, who has been driving livery cabs for more than 20 years, wishes the city would allow drivers like him to offer rides to people who hail them on the street because calls to livery bases are dwindling.

“There is too much competition,” he said.

But the TLC says street hails pose a public safety problem. Right now, only yellow taxis can be hailed in Manhattan. A special class of green taxis can take street hails in the city’s other boroughs — and they are often affiliated with livery cab bases so do not cut into their business.

Despite their struggles, livery cabs remain an integral part of Latino neighborhoods, said Angeles, of the Livery Base Owners Association.

“This is how the Latino community works. We go to the bodega store, we go to the restaurant in the neighborhood, and we also go to the livery base because it is open 24 hours,” she said. “It protects the community.”