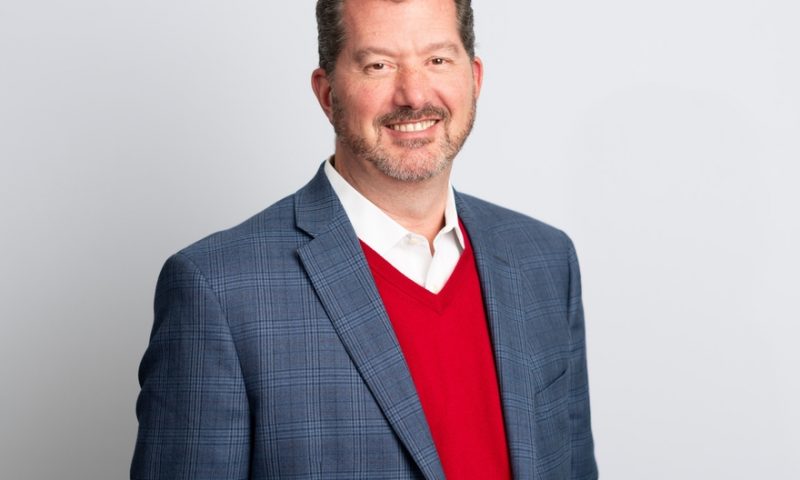 Vaccitech is a spinout company from the University of Oxford’s Jenner Institute, one of the oldest and most renowned vaccine research centers in the world.

You probably haven’t heard of them, but they are now working alongside AstraZeneca on a COVID-19 vaccine the World Health Organization believes is leading the race in creating an inoculation against SARS-CoV-02.

Data posted this month from just over 1,000 patients in a phase 1/2 trial showed it to be broadly effective in creating an immune response, though many questions remain and a series of bigger, late-stage tests is necessary to find those answers out.

The AZ/Oxford vaccine, known as ChAdOx1 nCoV-19 (and also as AZD1222), began work as early as January, just as the (then epidemic) was starting to significantly grow outside of its origins in China.

Developed jointly by the Jenner Institute and Vaccitech, the vaccine candidate uses a viral vector based on a weakened version of the common cold (aka an adenovirus) containing the genetic material of the SARS-CoV-2 spike protein. After vaccination, the surface spike protein is produced, which primes the immune system to attack COVID-19 if it later infects the body.

The recombinant adenovirus vector (ChAdOx1) was chosen to generate a strong immune response from a single dose and it is not replicating, so it cannot cause an ongoing infection in the vaccinated individual.

This is a different and more traditional approach that the mRNA methodology used by Moderna, CureVac and Pfizer/BioNTech. Both Moderna and Pfizer/BioNTech reported their own data this month, which were again broadly positive, though Moderna did have a high level of adverse events.

Analysts see Pfizer/BioNTech as slightly ahead in terms of data, but with these tests being early and in low numbers, it’s impossible to really tell.

But the debate rages on regardless; investors want to know who to back, but the whole global population wants to know what vaccine to take and when it will be ready.

Fierce Biotech sat down (virtually) with Vaccitech’s chief executive Bill Enright to comb through the data from his and AZ’s vaccine in The Lancet this week and to assess where we are in the hunt for an inoculation.

Ben Adams: There is a lot of to-ing and fro-ing over exactly what these data (from the Oxford/AZ Lancet paper) mean for immunity to SARS-CoV-02. This trial was still early on and in relatively few patients (compared to the much bigger trials now ongoing), but did you see the data as positive for creating a lasting immunity?

Bill Enright: The initial data show that immunogenicity of the ChAdOx nCoV-19 coronavirus vaccine is comparable to that of the ChAdOx MERS vaccine, also published this year in The Lancet. ChAdOx MERS uses the same viral vector technology and a full-length coronavirus spike protein antigen, but from the MERS coronavirus.

Both antibody and T-cell immune responses were measured out to a year post-vaccine administration for the MERS coronavirus vaccine and were well sustained, indicating the ChAdOx nCoV-19 will likely elicit lasting immune responses, but more data are required to confirm this.

BA: How important is it that we see T-cell and antibody responses, and is what you saw in the data from The Lancet pointing in the right direction here?

BE: Nobody knows yet, but a vaccine that can drive a robust CD8+ T cell response in addition to antibody response may prove to be important both to drive immune memory if neutralizing antibodies fall over time and, through killer T cells (CD8+ T cells), clear not only the viral infection but also virally infected cells.

Determining how vaccines best provide immunity to SARS-COV-2 will rely on analysis of both humoral and cellular immunity, and the Lancet data indicate the ChAdOx vaccine can elicit both kinds of response.

BA: Do you see a need for repeated vaccinations? AstraZeneca has said previously it sees a vaccine working for around one year.

BE: We expect it is likely that two doses will be required with possible annual or two-yearly vaccinations required thereafter, based in part on the MERS data that has been published.

BA: SARS-CoV-02 appears quite stable in terms of mutation; is that helping in the vaccine hunt? If there are mutations, how can we deal with that in terms of a vaccine?

BE: Several mutations have now been described for SARS-CoV-02 although they are fairly infrequent and not concerning. We will need to continue to monitor whether there is sufficient cross-reactivity with these mutant strains or, similar to flu, we will need to adjust the vaccine as new dominant strains occur.

BA: How does the nCoV19 vaccine differ from the mRNA approaches? Can one be better than the other?

BE: ChAdOx nCoV-19 and mRNA are similar in they are providing genetic material to cells to induce an immune response. The difference is primarily in how they are delivered. With ChAdOx nCoV-19 the genetic material is delivered utilizing a chimpanzee adenoviral vector. Adenoviruses are known to stimulate very robust immune responses, both antibody and T cell, in people naturally.

ChAdOx nCoV-19 has been modified so that it can no longer replicate once inside cells for safety reasons, but still is able to effectively enter cells to deliver its payload. mRNA on the have to be formulated using ionizable lipid formulations to enable entry into the cells. As a result, they haven’t generated the same type of T cell response as seen during natural infections. Specifically much less, if any, CD8+ T cells are generated in people. These are the cells that recognize infected cells and destroy them.

BA: And have we been too neglectful of vaccine R&D? This has certainly sharpened our minds, but how do we keep the momentum going after this is over, as there will certainly be more epidemics and pandemics in our future?

BE: We have absolutely been neglectful in the funding of vaccines, particularly infectious disease vaccines. We believe people now see the importance of having robust platform technologies that can easily be adapted to new diseases and pandemics as they occur. The onus is continuing to fund these platforms, including manufacturing at scale, so that we are continuously ready for the next outbreak when it occurs.

Tubulis raises A round to advance next-gen ADC programs