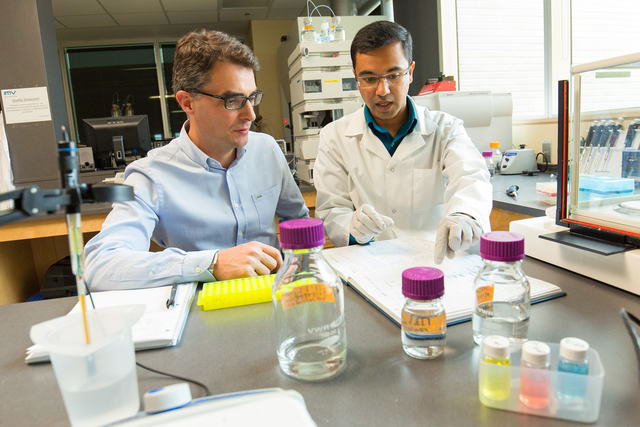 IMV’s lead immunotherapy stopped ovarian cancer from getting worse in more than three-quarters of patients in a small phase 2 study, shrinking the tumors of about half of the patients. The company is working with the FDA on a path toward a speedy approval for the treatment, which is given in combination with low-dose chemotherapy.

The study tested the treatment, DPX-Survivac with cyclophosphamide in 22 patients with advanced ovarian cancer that has returned after remission. Nearly all of the patients had tried at least two treatments, including platinum chemotherapy, Genentech’s Avastin, and PARP inhibitors. Some patients went through as many as eight prior treatments, said Delphine Davan, IMV’s director of communications, in an interview.

Of the 19 evaluable patients, 15 (75%) had stable disease, meaning their cancer neither improved nor worsened, with 10 of those patients (53% of the total) seeing their tumors shrink. The drug’s effects lasted more than six months in about one-third of the patients, keeping cancer at bay in three patients for as long as nine months.

There were no complete responses, meaning the drug didn’t banish tumors entirely, but it’s important to note that options are scarce for this type of patient. In December, the National Cancer Institute published a study showing surgery to remove recurrent ovarian tumors didn’t extend patients’ lives. Chemotherapy is the mainstay for these patients, but it doesn’t work for most patients, logging just a 12% response rate as a single agent in these patients, IMV pointed out in a conference call Tuesday.

“Today’s update marks a pivotal milestone for IMV and, we believe, is a breakthrough for targeted T cell immunotherapies, as these results demonstrate for the first time activity in a solid tumor which is among the hardest to treat” said IMV CEO Frederic Ors in a statement “We were pleased to achieve the primary objectives of our DeCidE1 study, showing DPX-Survivac was active, durable and well-tolerated in advanced ovarian cancer.”

IMV’s stock was down 21% Tuesday morning.

Based on IMV’s DPX platform, DPX-Survivac targets survivin, a protein that is highly expressed in many cancer types but is “virtually undetectable” in normal tissue. Through injection, the treatment delivers five survivin peptides to program killer T cells to target all cells that express survivin, in this case, the ovarian cancer cells. Survivin is also abundant in breast cancer, melanoma and myelodysplastic syndromes and is present at lower levels other cancers, including lung cancer (53%) and diffuse large B-cell lymphoma (60%).

IMV had initially designed the trial to test DPX-Survivac along with intermittent low-dose chemotherapy and Incyte’s IDO inhibitor epacadostat. But the failure of epacadostat—and its subsequent culling from Incyte’s pipeline—in 2018 meant that IMV continued the study with DPX-Survivac as a single agent.

The combination of DPX-Survivac with Merck’s Keytruda is faring better, though—the treatments are in phase 2 studies in relapsed and refractory diffuse large B-cell lymphoma, as well as a basket study in five different solid tumor types. Data from those trials are expected by the middle of this year.

IMV’s game plan is to get speedy approvals for DPX-Survivac in hard-to-treat cancers and then expand into earlier lines of treatment through combinations, the company said on the call. Combinations could mean pairing the treatment with other immunotherapies, such as Keytruda, but it also includes combining multiple targets within one treatment. That’s what IMV is doing with DPX-SurMAGE, a candidate it’s developing for bladder cancer that targets both survivin and MAGE-A9.

“We have proven that DPX-Survivac as a monotherapy can work for patients with advanced cancer, but we think that in combination with other immunotherapies, we could have an even better result,” Davan said.