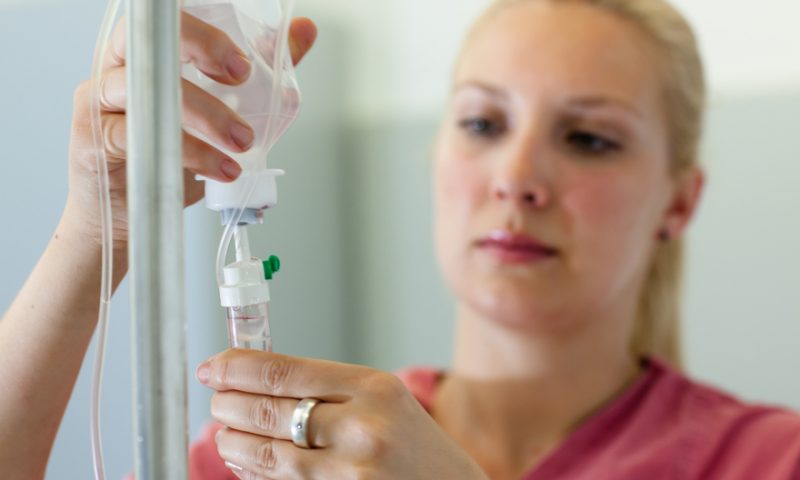 Chimeric antigen receptor T-cell (CAR-T) therapies that are made from a patient’s own T cells have proven effective in blood cancers, and they are showing promise for treating solid tumors, too. But scientists are still looking for ways to fine-tune this form of immunotherapy.

Now, scientists at the University of North Carolina (UNC) at Chapel Hill have found new methods for either dialing up CAR-T cells’ cancer-killing effects when needed or dampening their activity to avoid severe side effects. The technique involves two proteins that are responsible for stimulating the cells. The team published the results in Cancer Cell.

Shou worked in a team led by UNC Lineberger Comprehensive Cancer Center’s Gianpietro Dotti, M.D. In 2018, Dotti’s team developed CARs that can target a protein called CSPG4, and they showed the treatment worked in mice with glioblastoma.

For the current study, the researchers zeroed in on two different types of CARs, which are differentiated by the signals that activate them. CAR-T cells’ tumor-regression ability is first triggered by a signal called CD3-zeta, which is commonly used as the main CAR component to recognize markers on tumors. But the cells also require co-stimulatory molecules—either CD28 or 4-1BB protein—in addition to CD3-zeta to further boost their activation.

The UNC team found that they could improve the activity of T cells that are co-stimulated by 4-1BB by increasing the expression of a tyrosine kinase called LCK.

“What we found is that the LCK molecule can bind to the CAR, enhancing the CAR-T cell activation and signaling transduction, which therefore will help CAR-T cells get a better tumor-killing effect,” Shou said.

Use of CAR-T therapy has been linked to a dangerous side effect called cytokine release syndrome, so scientists have also been working on methods to rein in CAR-T activity when necessary.

Shou and colleagues found such a “safety switch” in CAR-T cells that are co-stimulated by CD28. They showed that an enzyme called SHP1 attenuates T-cell activity. They discovered that adding a drug named AP21967—which is an analog to Pfizer’s immunosuppressive drug Sirolimus (rapamycin)—can pull SHP1 to the CAR to reduce cytokine release. What’s more, the transient recruitment of SHP1 didn’t kill the CAR-T cells or impair their antitumor effects, the researchers demonstrated in a mouse model.

Many other efforts have been made to reduce CAR-T’s toxic side effects. For example, a research team led by the University of Southern California Norris Comprehensive Cancer Center developed a CAR variant called CD19-BBz(86) that didn’t trigger any serious side effect in 25 lymphoma patients.

As for 4-1BB, it’s a target that has already attracted some interest among drug developers. Pfizer is developing utomilumab (PF-05082566), a 4-1BB agonist, to leverage the receptor’s T-cell stimulation effect. The drug is being paired with Pfizer and Merck KGaA’s anti-PD-L1 immunotherapy Bavencio in a phase 2 study in solid tumors.

The UNC scientists want to use their findings on CD28 and 4-1BB to improve CAR-T treatments against blood cancers and to potentially make them viable for solid tumors.