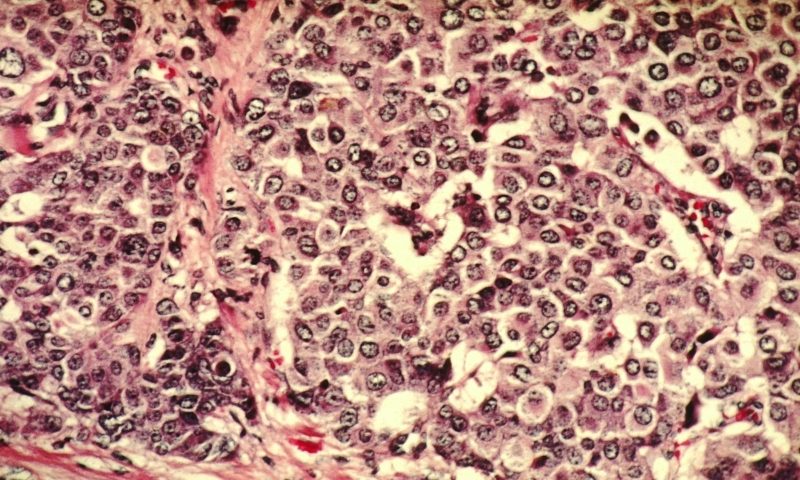 Former Ipsen and Novartis exec Harout Semerjian has been tapped as the latest chief executive of troubled Immunomedics.

Semerjian, who comes from being Ipsen’s chief commercial officer and executive vice president and also served a major 16-year stint at Novartis Oncology, will now head up the biotech as it looks to the summer for a potential approval after one of the most tortuous paths in biotech lore.

There is a long history here which includes losing much of its C-suite after an FDA rejection, not to mention the strange failure of a $2 billion deal with Seattle Genetics which centered on its leading drug IMMU-132 (sacituzumab govitecan).

Let’s go back in order: The biotech resubmitted that antibody-drug conjugate, which has in fact been rejected once before, back to the FDA late last year, nabbing a speedy review from the regulator a few weeks’ later, and getting a PDUFA of June 2, 2020.

The drug, which is seeking a license as a third-line treatment for late-stage, metastatic triple-negative breast cancer, was slapped with a complete response letter (CRL) at the start of last year, something which the company said stemmed from manufacturing issues (but added there was no need for new clinical or preclinical data, which would have delayed things further).

Things then got worse: When pressed by analysts after the CRL was made public, company executives dodged questions about whether the rejection stemmed from a preapproval inspection of its plant last year.

But then the FDA released the Form 483 from the inspection showing big issues with data integrity at the Morris Plains, New Jersey, plant where sacituzumab govitecan is being made.

The highly redacted, 13-observation missive says that during the inspection, investigators discovered serious data integrity issues including manipulation of bioburden samples, misrepresentation of a test procedure in the batch records and backdating of batch records, including the dates of analytical results.

And this isn’t the first time its leader has walked, either: Back in 2017, a deal between Immunomedics and Seattle Genetics looked like it was in the bag, consisting of $2 billion in development and licensing focused on sacituzumab, including a hefty $250 million upfront.

But Immunomedics’ investors revolted, and the deal was axed, leading to the termination of Immunomedics’ then-CEO Cynthia Sullivan.

As soon as its next CEO Pehl tendered his resignation, Immunomedics appointed venBio’s Aghazadeh as executive chairman to steady the ship, later adding Scott Canute as executive director, who’s been at the helm for the past year. Canute will now take back his role as a board member and step down as ED.

However, Aghazadeh will remain as executive chairman, focusing on corporate strategy and business development and, during a transition period, will “continue to interface with the investment community on behalf of the company,” the biotech said.

Now they have finally found a new CEO, and Semerjian starts with good news: A critical phase 3 for sacituzumab govitecan has been stopped early for positive efficacy. The ASCENT study is designed to validate safety and efficacy data observed in a phase 2 study of heavily pretreated patients with metastatic triple-negative breast cancer (mTNBC).

The primary endpoint for the study is progression-free survival, and secondary endpoints include overall survival and objective response rate, among others.

While getting its June PDUFA date, any conditional approval hung on positive ASCENT study data, so this announcement “marks clearance of a significant hurdle for this potential treatment,” a spokesperson for the company told FierceBiotech via email.

Analysts at Jefferies agreed, calling it in a note to clients a “major de-risking development,” given that it needed a positive ASCENT result to ultimately gain full approval.

The FDA has however requested a revised statistical plan, due to fewer events than planned, but the biotech said this can be dealt with in just a few hours. The issue has been, however, not whether its clinical data are up to muster, which it always appeats to have been, but whether it can dort out those pesky manufacturing issues that led to its CRL. Either way, investors were happy, as it stock doubled in Monday trading, making it a $4 billion market capped company.

Jefferies added that its new CEO will “be able to lead [the company] to the next level,” adding that as Immunomedics shapes into a fully integrated pharma company, “Mr. Semerjian is well equipped to steer the ship.”

Gilead taps Second Genome for microbiome biomarker help in a potential $1.5B deal