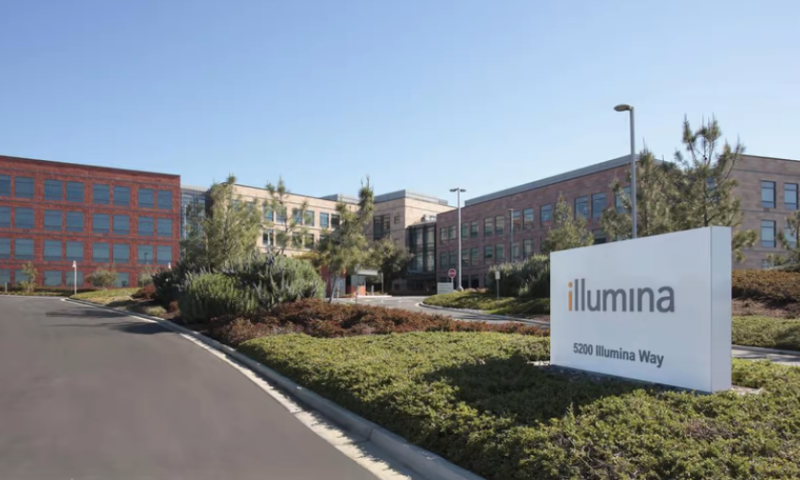 Illumina is wading further into the drug discovery business.

The DNA sequencing giant will work with the investment firm Deerfield Management over the next five years to tackle the genetic underpinnings of disease and use those findings as a roadmap to potentially avoid the pitfalls that are common in developing new therapies.

At the same time, Illumina announced what it described as the first of potentially many strategic partnerships with pharmaceutical companies focused on precision medicine, starting with Johnson & Johnson’s Janssen division.

“Currently, drug discovery is difficult, expensive and slow, with 90% of therapies failing in development due to gaps in the biological understanding of the complex nature of many diseases,” Illumina’s chief strategy and corporate development officer, Joydeep Goswami, said in a statement.

Deerfield’s vice president of genetics and genomics, Matt Nelson—who formerly served as GlaxoSmithKline’s genetics head—has estimated that starting from a base of, well, genetic bases could potentially double the success rate of new drugs entering the clinic and lower the cost.

A 2015 paper in Nature Genetics with researchers from GSK, Columbia University and the University of Hong Kong found that among drugs developed for well-studied indications, a larger proportion of the ones that were successful enough to be approved had genetic evidence to support how they worked.

The TruSight Oncology Comprehensive test made its commercial debut in Europe this past March. It analyzes 517 cancer-relevant genes in DNA and RNA spanning nearly 30 solid tumor types, alongside other genomic signatures such as microsatellite instability and tumor mutational burden. Future regulatory approvals will be needed to enable its use as a companion diagnostic with specific cancer therapies.

Illumina also delivered an earnings report this week, for the first quarter of its 2022 fiscal year. The company saw its revenue grow 12% compared to the first three months of 2021, topping $1.22 billion in sales.

“We saw record total orders and exited the quarter with record total backlog,” CEO Francis deSouza said in a statement. “Grail also continued to gain traction and has now entered more than 30 partnerships with health systems, employers and insurers.”

The cancer blood-testing company is still being held at arms’ length as a separate subsidiary, following the $8 billion acquisition deal that Illumina pushed through last year without official sign-offs from international regulatory authorities and competition watchdogs.

After the companies moved ahead last August, the European Commission delivered an ultimatum saying if Illumina is found in breach of the EU’s merger regulations, it could be fined up to 10% of its annual worldwide revenue. The commission’s review is still pending.

Grail itself posted $10 million in revenue last quarter, holding steady with the $10 million it reported for the last three months of 2021. The former Illumina spinout continues to operate at a loss, with a deficit of $172 million.

To help get the word out about its tumor screening blood test, which aims to spot the signs of as many as 50 different cancers, Grail is hitting the links. It recently teamed up with the PGA Tour to host The Galleri Classic professional golf tournament, set for March 2023 in Rancho Mirage, California.